Elsie de Wolfe was born plain and as a result hated everything that was ugly and mediocre. She flew into a tantrum as a child when her mother painted their family home sitting room a hideous colour redolent of William Morris (whom Elsie loathed). She made her career creating interiors that were the direct opposite of his “dingy style” using Chinoiserie, Palladian touches and with lots of white and light colours.

Although many people would not know the name of Elsie de Wolfe, also Lady Mendl, she has been accredited with the invention of interior design as we know it.

She was an American actress, prominent socialite in America and Europe and author of the seminal book published in 1913 The House in Good Taste. According to The New Yorker, “Interior Design as a profession was invented by Elsie de Wolfe.” During her married life, the press usually referred to her as Lady Mendl, (she married Sir Charles Mendl in 1926) . She was born in New York in 1865 and died in Versailles, France in 1950. 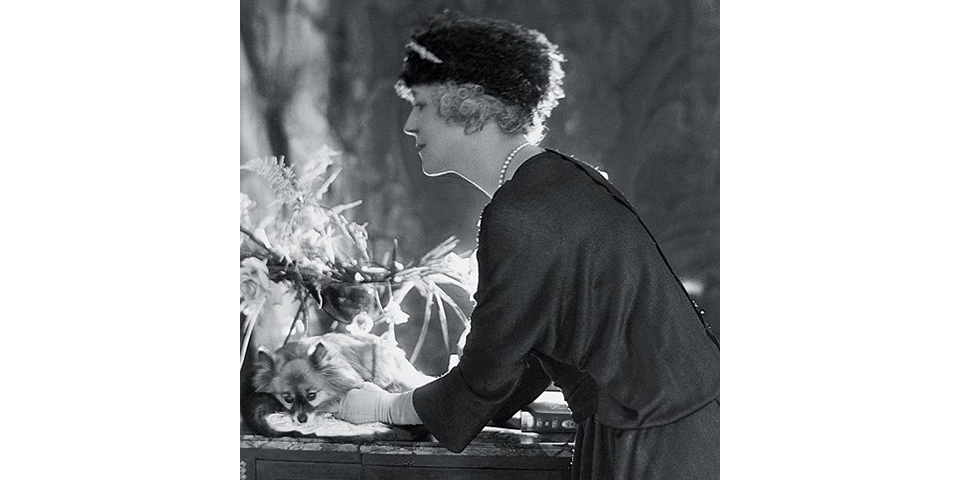 In America, Elsie de Wolfe is still revered as the originator of interior design. Her pithy and witty words are still quoted today and the key elements of her style still used and as important as ever.

I’m going to make everything around me beautiful – that will be my life. – Elsie De Wolfe

Elsie was presented to Queen Victoria and called her a (“a little fat queen in a black dress and a load of jewels”). Elsie did not have a happy childhood and it is thought that this is one of the reasons, surrounded by dark Victorian furnishings, she later chose to discard with a vengeance this style of decoration.

She is renowned for hating William Morris furniture and especially his wallpaper.

Elsie started out as a professional actress although her roles involved rather more focus on her clothes , which were from Paris, than on her acting. 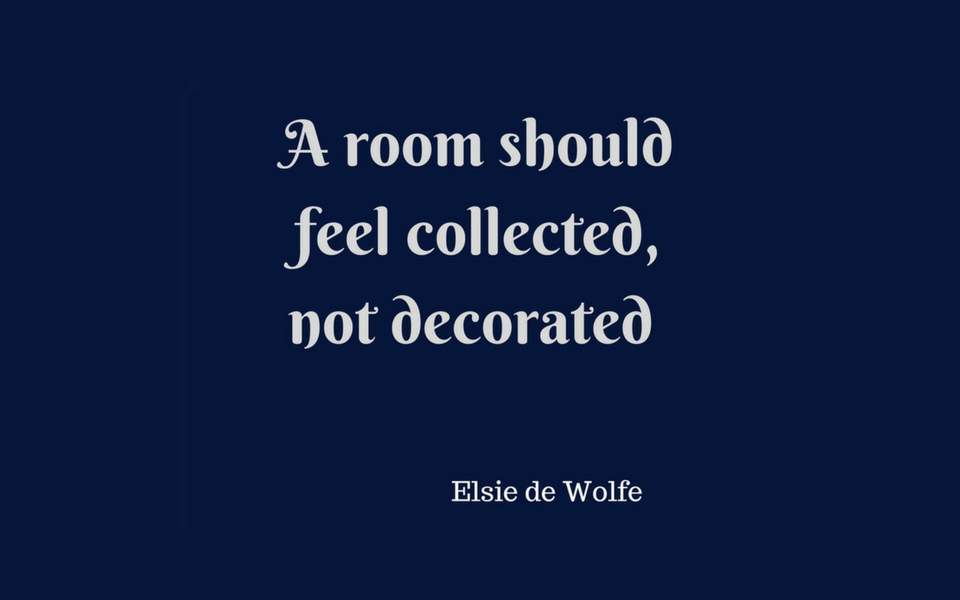 A room should feel collected, not decorated

Elsie did eventually marry at the age of 61 in 1926 to Sir Charles Mendl, giving her the title Lady Mendl, however for 40 years she was in a “Boston marriage” with Elisabeth Marbury, known as Bessie, who was a literary agent for many poets and authors of the day. A Boston marriage was an arrangement where two women lived together independently from any man. It was widely assumed that they were in a gay relationship.

Elsie designed their shared home on Irving Place. Removing the dark Victoriana and replacing it with softer warmer colours and opening up space and introducing eighteenth century elegant touches. After this Elsie decided to become a professional decorator and had some business cards printed with her personal crest. This was the beginning of her professional career at around the age of 40.

Then Elsie’s career was furthered by the influential Colony Club in New York asking Elsie to decorate their smart headquarters at Madison and Thirty-first street, designed by architect Stanford White who specifically wanted Elsie to do the decorations. This was a high profile commission and kick-started Elsie’s serious career as an interior designer going on to obtain clients from the highest social circles including the Vanderbilts and the Duke and Duchess of Windsor. 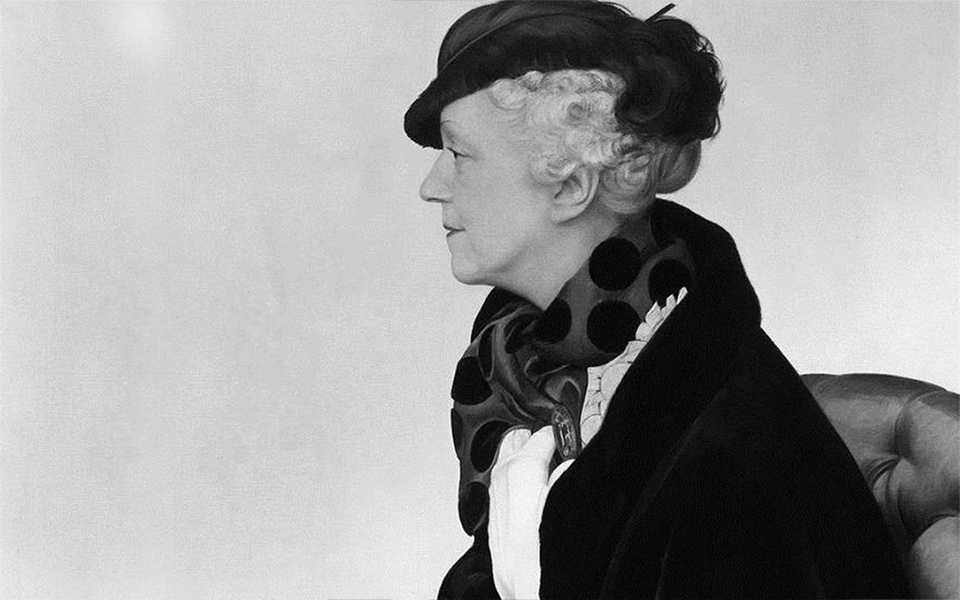 A very detailed visual of her interior design scheme for the Colony Club, New York by Elsie de Wolfe 1907.

Sitting room of the house of Countess Dorothy di Frasso by Elsie de Wolfe and home to Marlene Dietrich.

The Colony club opened in 1907 and was an instant success. Elsie had wisely chosen not to emulate the other clubs of the day but instead used a light touch for the interiors with Chinoiserie, wicker and what was to become her trademark trellis. This design project, including a famous indoor garden, led to other commissions to work on properties for the club’s influential members. 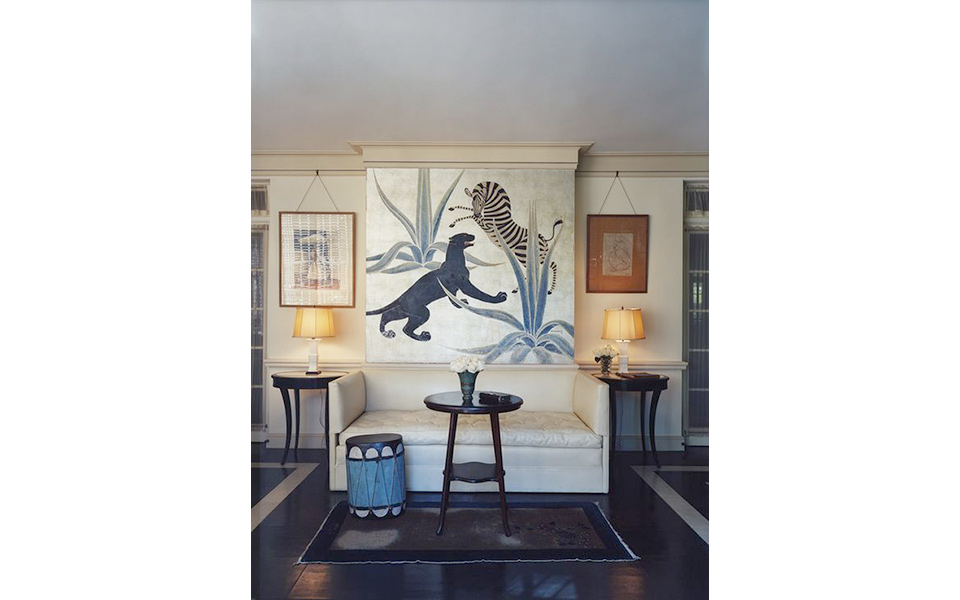 The sunroom of the house of Countess Dorothy di Frasso by Else de Wolfe later rented to Marlene Dietrich. This room features artwork by Charles Baskerville commissioned by Elsie de Wolfe.

Fame and a lasting legacy

Elsie grew in reputation and success, growing a team of secretaries and assistants in her Fifth Avenue office suite. She was commissioned to work on more clubs, private homes, opera houses and of course wrote and published her book “The House in Good Taste” which today is back in print.

Elsie de Wolfe designed the Art Deco bedroom suite of furniture for this room in the house of Countess Dorothy di Frasso.

Her mantras in the House of Good Taste are:

De Wolfe advised Americans to shun ostentation and clutter in favor of simplicity, to dismantle the draperies in order to let in the light, and to replace garish colors with beige and ivory. “I believe in plenty of optimism and white paint,” she declared, “comfortable chairs with lights beside them, open fires on the hearth and flowers wherever they ‘belong,’ mirrors and sunshine in all rooms.”