There is lot to say about Kelly Hoppen as she is as well-known in socialite and tv circles as in the world of interior design.

Irish Jewish Kelly Hoppen began her career early, at the age of 16, and has designed for many celebrities including the Beckhams.

Kelly has a distinct style, probably at the extreme opposite of that of Mario Buatta whom we reviewed in another TIDS blog. Kelly uses neutrals, textures, order and her famous serried greenery to create organised, glossy and serene environments. 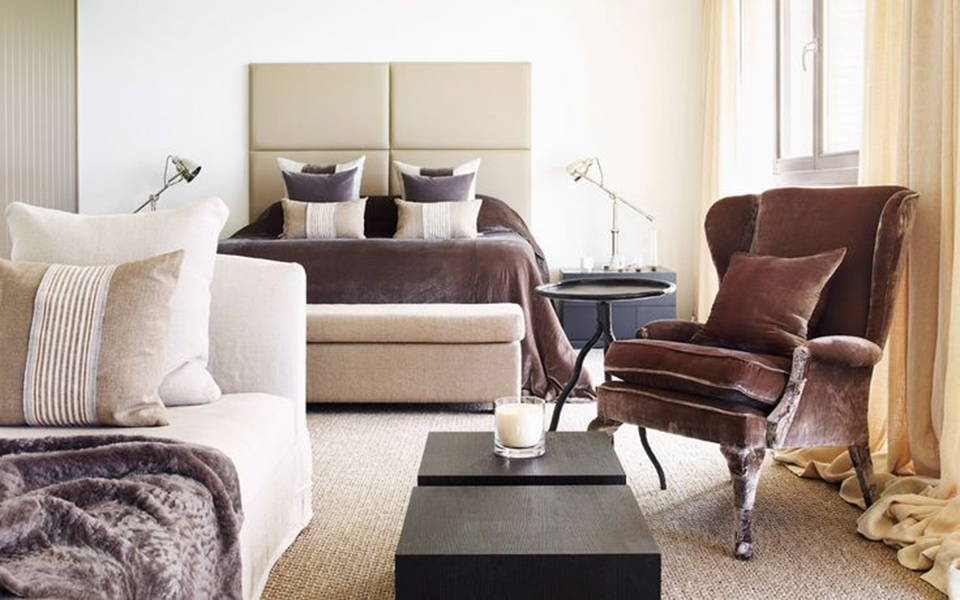 Kelly has some unsurprising house rules 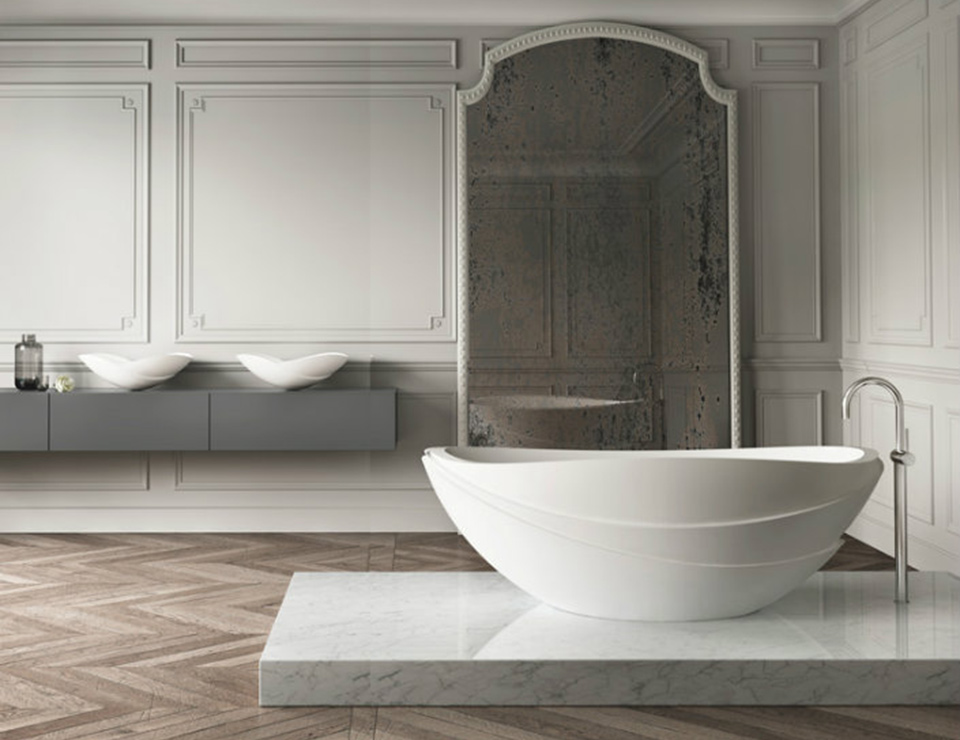 Kelly has a strong belief in Eastern philosophies that use order and harmony to create balance in life and in the home, she particularly uses Feng Shui to create this. Of her design philosophy she has said, “My philosophy has always remained the same, it’s about creating calm, balanced environments based on Eastern cultures, ie order and creation of harmony. How people feel in a space is as important as the way it looks, one can’t be without the other to succeed.”

Kelly not only has a successful interior design business but also has developed ranges of interior products including shutters, wallpapers for Graham and Brown, furniture, taps for Crosswater, lighting, flooring, fabrics, paints, candles and bedlinen which is retailed by Debenhams and QVC. i.d.space interior design recently ordered an accessory from KellyHoppen.com and we were surprised and pleased at the excellent service (and trade prices of course) offered to us as fellow interior designers.

Kelly also designs yachts as well as homes and has worked on yacht projects and “land locked” ones for Phillipe Starck’s company Yoo.

In 2011 Kelly collaborated with Pearl Yachts to create glamorous interiors on their Pearl 75. For some celebrity trivia you may like to know that this yacht was chosen by Cheryl Fernandez-Versini to sail her X-Factor contestants to her home in the South of France. 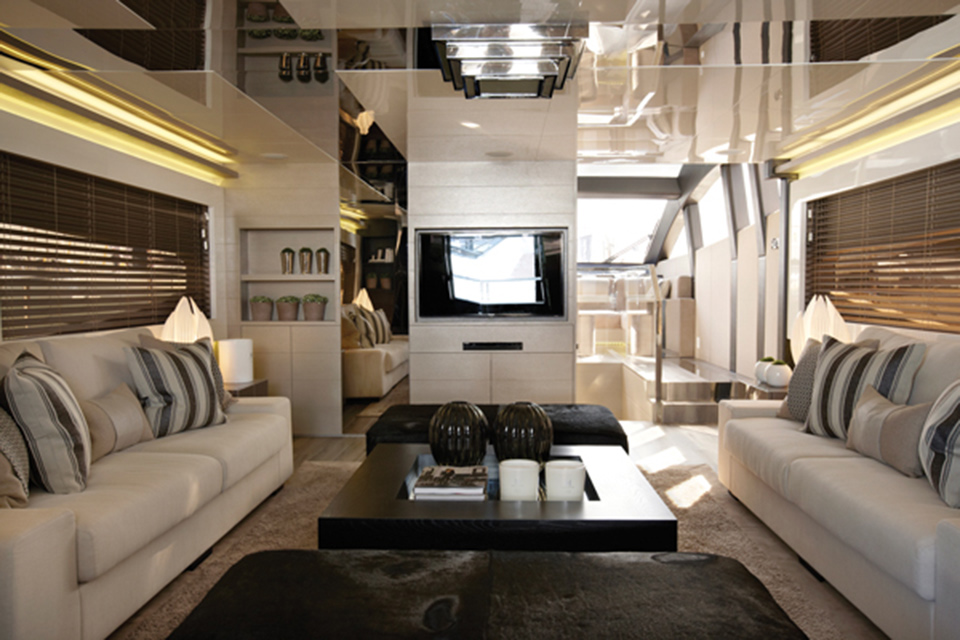 Neutrals, gloss and glamour on the Pearl 75 Yacht interior designed by Kelly Hoppen

Kelly brought interior design even further to the fore with her appearance on Dragons’ Den which she found quite a challenging environment. She felt that the rejection of some of the business people pitching was quite harsh. Her approach was to judge according to the passion shown by the pitchers and felt that as a creative person she could spot opportunities that the other Dragons would not consider important. After two series she left the show saying that her work schedule simply did not allow space for filming. 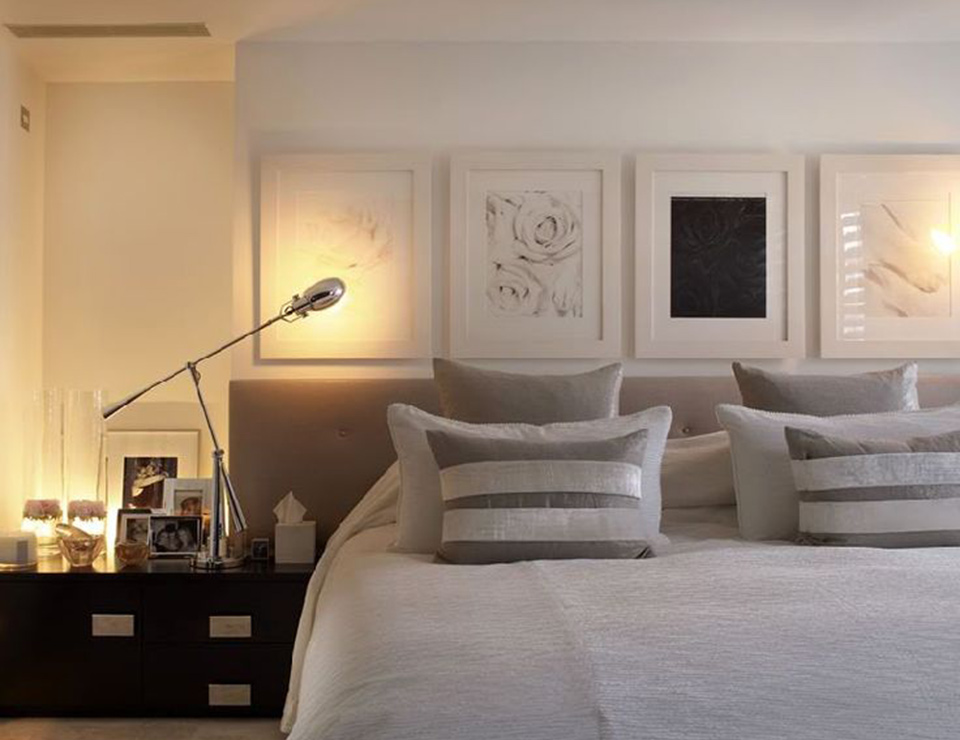 Bedroom at Kelly Hoppen’s own home in Notting Hill which was sold in 2011.

Kelly Hoppen Interiors turns over around £18 million per annum. The lowest budget Kelly has taken on for a project is £300,000. Interestingly Kelly has remained a sole trader so the exact figure for profits is not known as this does not need to be accounted for at Companies House.

Kelly has three daughters, her daughter Natasha and two step daughters Sienna and Savannah Miller to whose father she was married for fifteen years.