Laurence Llewelyn Bowen came to the nation‘s attention in TV show Changing Rooms, but was it really his design talent or his foppish eccentricities that made him stand out? He was the TV dandy people loved to hate; his styles always seemed way over the top and he became known often for sparking bemusement and sometimes horror from homeowners who’d been LLB’d. One such homeowner, Jo Thompson, whose playroom was ‘made over’ by Laurence Llewelyn-Bowen, was convinced he had no talent at all. She said the toy chest he designed was “like a coffin and was in fact a deathtrap” because the lid was so thick and heavy, it could have caused one of her five children a serious injury. She summed it up saying: “Forget interior design. Get into something you’re better suited to – like panto.”

Certainly with all the fanfare of TV and playing to the audience it’s perhaps unclear what contribution LLB made to design. On TV he was known for being bold and taking risks. For instance on a home show phone in he advised one woman to paint her kitchen black to offset the dazzling white of her cupboards. More advice for a lady doing up her bedroom was pink decorated with black lace, which he insisted would “really work.”

Trying to get to the bottom of LLB’s style is actually quite difficult. If you Google style and Laurence Llewelyn Bowen you actually get his shirts (he is known for wearing outlandish frilly ones) coming up first and no real mention of his designs.

However lurking beneath the big, blow dried hair are some design credentials. He set up his design consultancy business in 1989 and a recent incarnation, LLB Design, was set up in 2003, According to Laurence this was to “to service the growing demand for interior design projects. Our projects range from bars, restaurants, show homes and private residential. Their key characteristic is that they are bespoke solutions to the client’s needs.”

So it would seem he is still very busy designing homes and businesses. Back in 2005 he was designer of the centrepiece of The Eden Project in Cornwall. He has also designed coffee shops and retail outlets, as well as displays for Blackpool’s illuminations. His design portfolio is extensive with such themes ranging from Baroque and Roll (an urban pad) as well as changing a spit and sawdust pub into a purple haven of sophistication, and the Daffodil cinema in Cheltenham into what Laurence called “a tobacco-hued interior.” 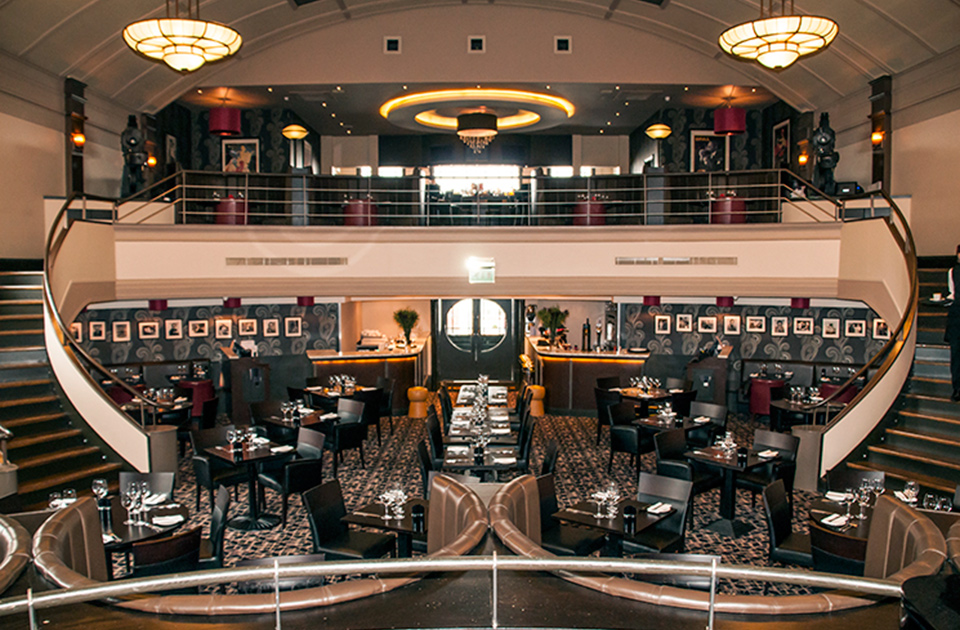 The Daffodil, Cheltenham, a restaurant refurbished by Laurence Llewellyn Bowen and formerly a cinema.

LLB has also collaborated with retailers and manufacturers to create product ranges. Carpets and rugs are just the start of the collaborations he has had with big names. He has worked with Brintons of Kidderminster and also created floors and rugs for Littlewoods. 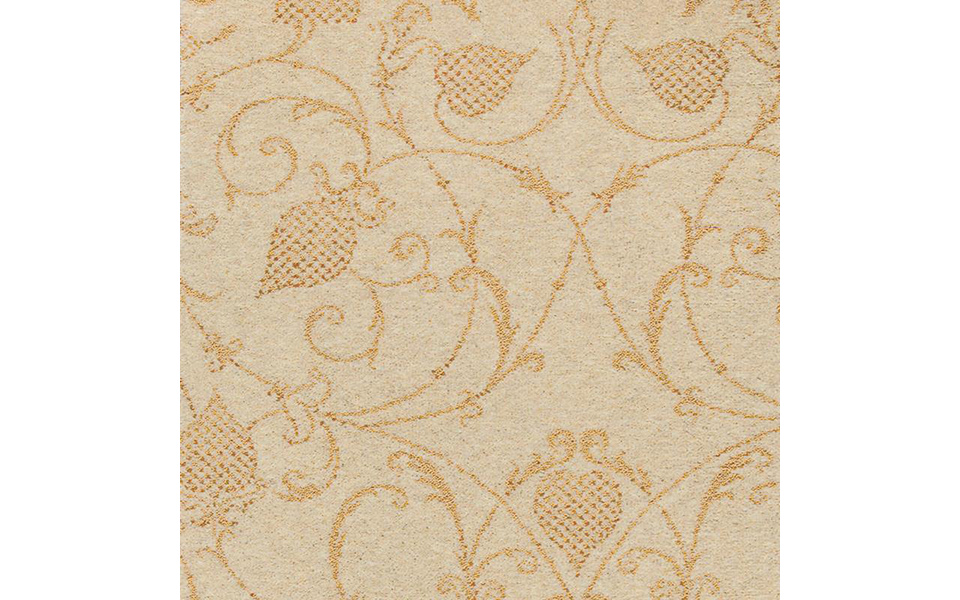 The Littlewoods collection launched in 2012 and according to Laurence they’ve been a hit all round: “The press have more or less unanimously acclaimed each subsequent collection as a must have design statement for the home. Yet despite LLB’s opulent and luxurious aesthetic the individual pieces remain incredibly affordable which follows Laurence’s deeply held belief in the democracy of design.” 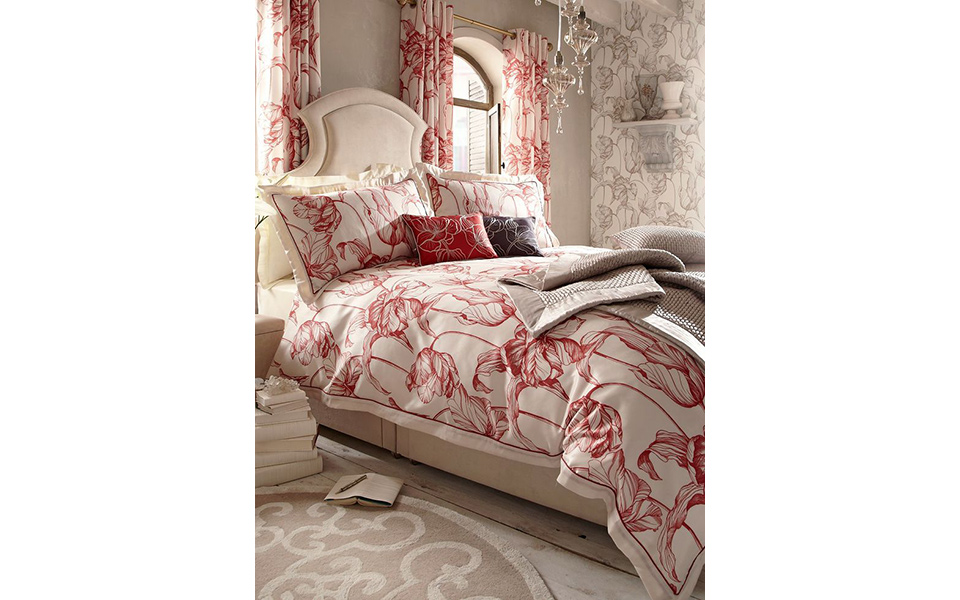 A more unexpected collaboration has been designs and prints for budget chain Matalan, which are nolonger available but consisted of names such as Hollywood Rose and very Laurence “Black Château” which represents his love of the darkest shade. As he says: “Black is the most sophisticated shade anyone could ever use to dress their bedroom. Black defines elegance, particularly when it’s used with the sophisticated sensuality of flamboyant damask.”

Recently, through a collaboration with the silversmith and Arthur Price, he also designed a collection called “Remember” which saw him put his own spin on the Remembrance poppy as well, as he said himself, borrowing from William Morris for inspiration on his pattern. He admits a lot of his ideas have actually come from other people like Morris but he’s given them a twist. As he says: “As with lots of my patterns there is a debt to the Godfather of British pattern-making William Morris but there is also a lot of me in the repeat, drawing and colourway.” 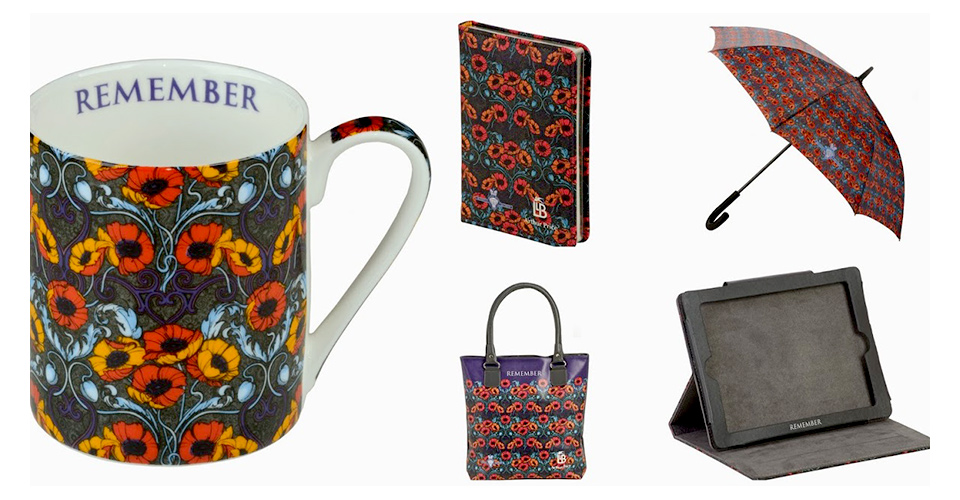 The irrepressible Laurence is back to his screen roots with The Apartment; A TV show which first appeared on Star, Star World and Fox TV and which is now hugely popular in Asia. Now in its sixth season Laurence calls it a mix of Changing Rooms and X-Factor. His signature style in the show is a fuchsia pink, or purple, suit and a black umbrella with which he points derogatively at the design failures of the show’s contestants. His style is unchanged – flirting with the other male show host, perfect enunciation and devastatingly funny, witty critiques of the contestant’s work and, all the time, utterly watchable.