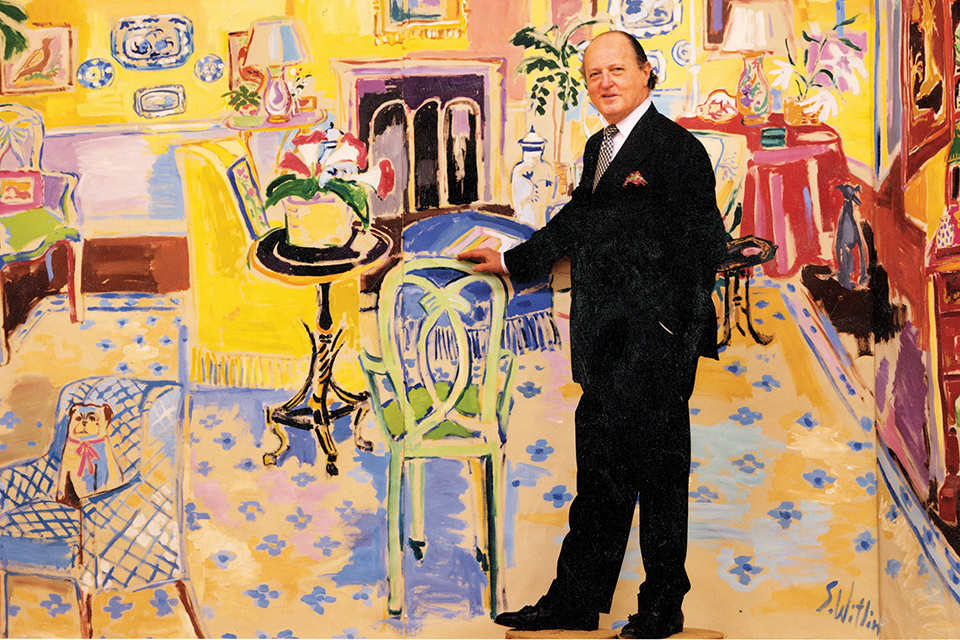 Mario Buatta against a background painting representing his style, by Sander Witlin

An introduction to Mario and his style

Mario Buatta is one of America’s most well-known decorators. His style consists of juxtaposing modern and antique furnishings using harmonious colours and patterns to create depth and a relaxed feel that he calls his “undecorated look”. The effect is of luxurious comfort and perhaps it is no surprise that he has been commissioned to work on many celebrity’s homes including Mariah Carey and Billy Joel.

In 1984 during an NY interview he was called “The Prince of Chintz” by his interviewer and the name stuck. 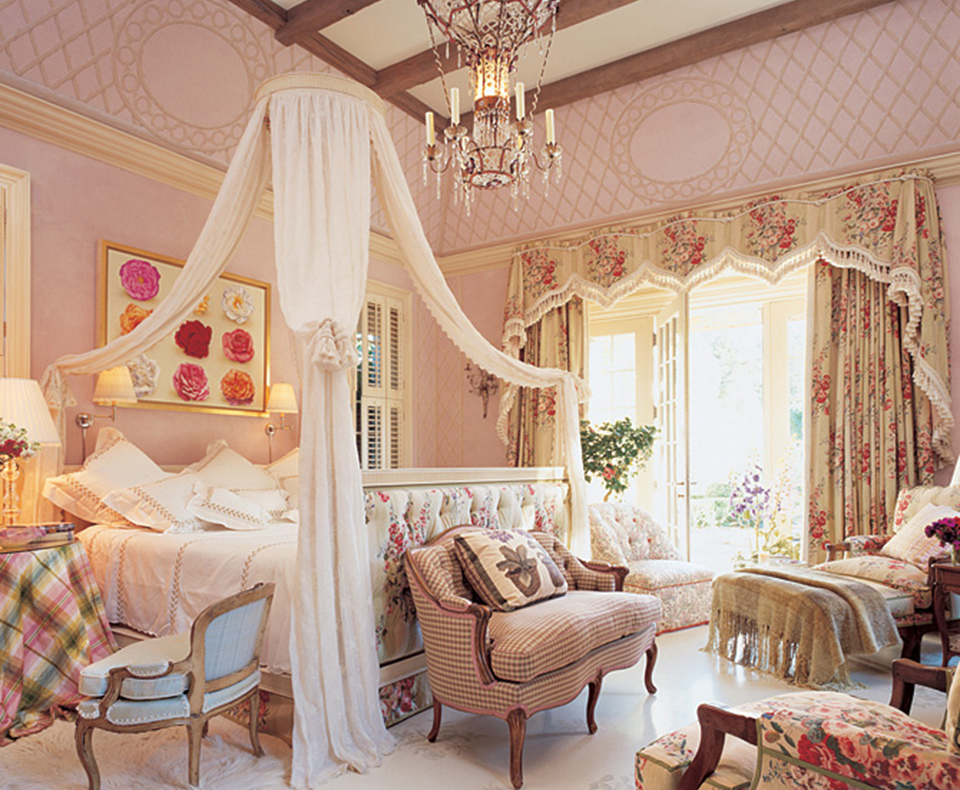 We do not know Mario Buatta’s age however he has published a book of his work “Mario Buatta: Fifty years of interior decoration” which gives us a clue. Some journalists have stated his birth date as 1935 having taken place on Staten Island. Another clue is that his first published interior was in 1969 in House and Gardens. Bascially, we can be certain that Mario is well into his seventies! Emily Evans Eerdmans, his co-author, says that Mario managed to be a celebrity designer before the age of the internet making his rise to acclaim even more notable. Despite his fame, Mario has no assistants preferring to do his work by himself entirely. He also dislikes rooms set up to be photographed and says that his designs are for living personally. His statement on his work, as the “Prince of Chintz” is “A house should grow in the same way that an artist’s painting grows. A few dabs today, a few more tomorrow and the rest when the spirit moves you. When the painting is completed (as no room ever should be), it never reflects the artist’s original conception. A room should come together through this process, as the people living in it grow, and where their needs and paths take them, in order to achieve the ultimate timeless undecorated look.”

Mario has a clear set of preferences. He dislikes TVs in a room, considers them an eyesore and usually hides them behind a painting with a device to reveal the tv when needed. He admits to admiring rooms all in neutrals using only texture to differentiate finishes but says he happens to love colour. He is not compromising in his home life either – he doesn’t have people to dinner as they rock back and forth in his eighteenth century chairs and dig their heels in to his carpets so he takes them out for dinner instead to restaurants such as Swifty’s or La Grenouille in New York. He does not own a dog but calls his many dog paintings his ancestors. 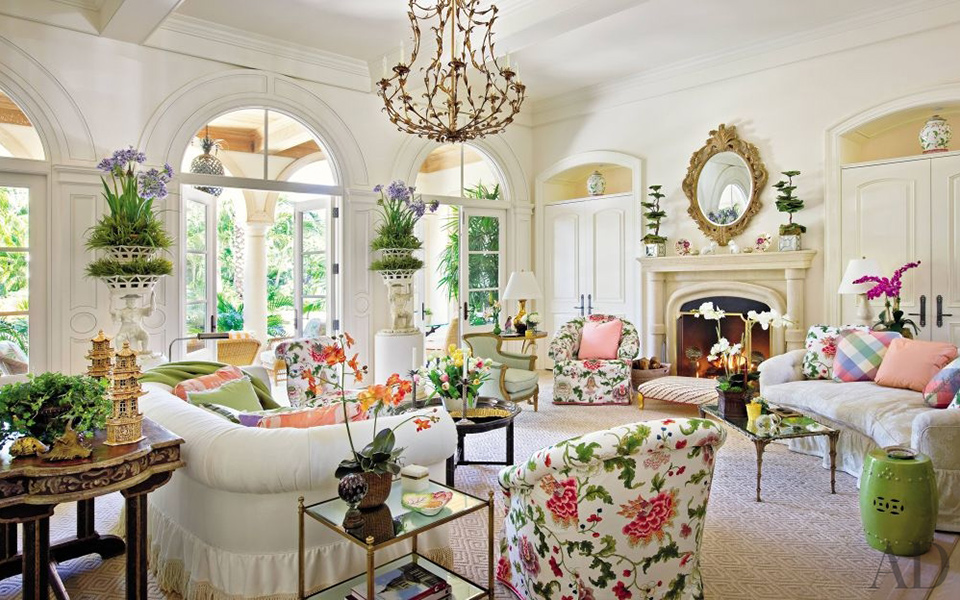 Typical Buatta style with layers of fabrics, finishes, ornamental pieces and the ever-present Oriental ceramic vessel as a little table

Mario Buatta’s most extensive work was Carolands, an historic 65,000 square foot, 92-room Chateau in Hillsborough south of San Francisco and considered among the grandest of American residences. Perched high above San Francisco Bay, this Beaux Arts château was commissioned by railroad-car heiress Harriet Pullman Carolan between 1912 and 1916. During the design of the property architects Ernest Sanson and Willis J. Polk took inspiration from the fairytale romance of France’s Vaux-le-Vicomte chateau. In 1998 the owners at that time asked Buatta to lead a five-year project renovating the property, the results of which can still be seen today. 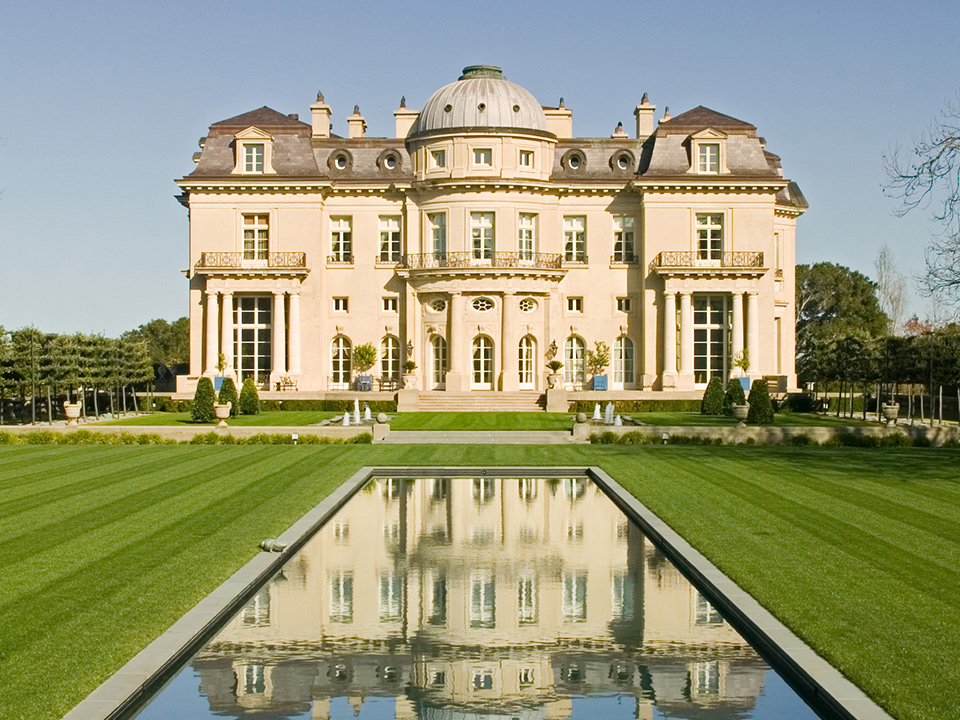 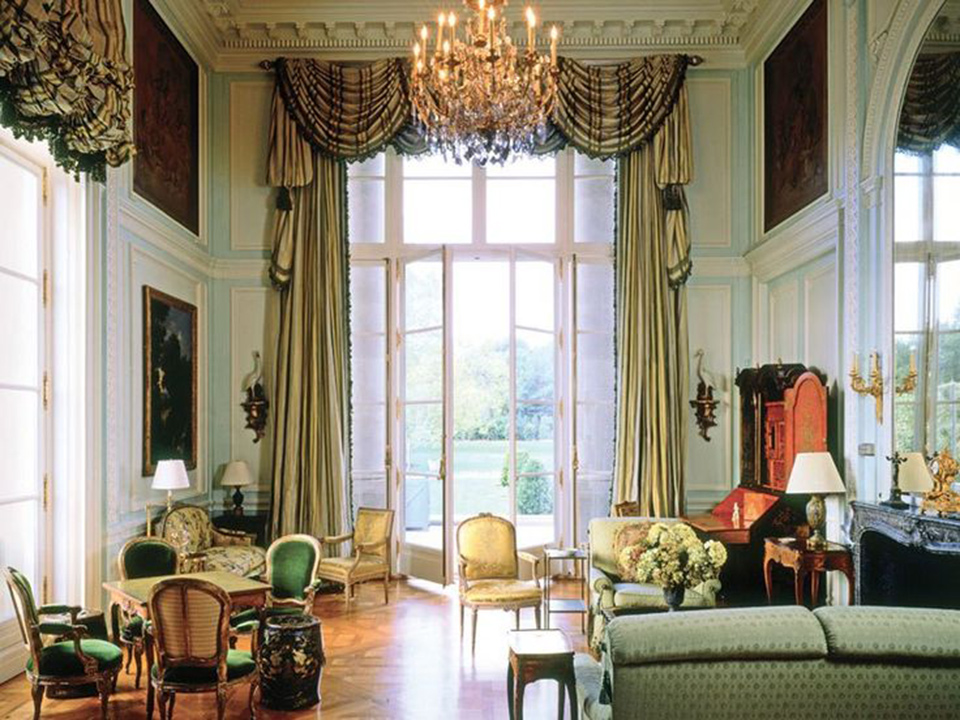 During the Reagan administration, Buatta was hired alongside decorator Mark Hampton to streamline and harmonise the 112 rooms of Blair House, the president’s guesthouse positioned across Pennsylvania Avenue from the White House. The renovation took three years and combined four houses and a new wing into a harmoniously designed guesthouse Mario’s style is unmistakeable, being said to be of the style of the classic English country house however many admiriers believe his work to be intrinsically that of New York with its dash of verve and drama. 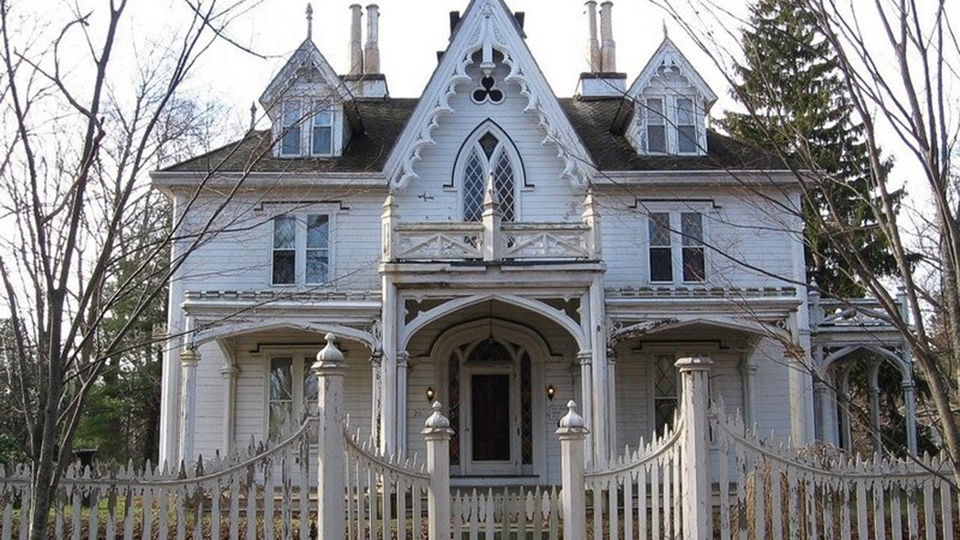 There is a note of controversy however in Mario Buatta’s life which seems incongruous with his love of order, comfort and style. He owns the William H Mason house in Thompson Hill, CT which has been listed as one of Connecticut’s “Most Endangered Historic Properties” since 2004. Mario Buatta bought the house in 1992 and began extensive renovations but then stopped work abruptly in 1996. The work has never been resumed and the property remains vacant and decaying causing great speculation however the reason for the halt remains unknown.