I started as an interior designer in 2009 and worked with Finchatton for three and a half years. Before that I was with David Collins Studio. Whilst at David Collins I was trained to very high standards and to give huge attention to detail. Because of these exacting standards it was a smooth transition to Finchatton who are also known for their high quality interiors. 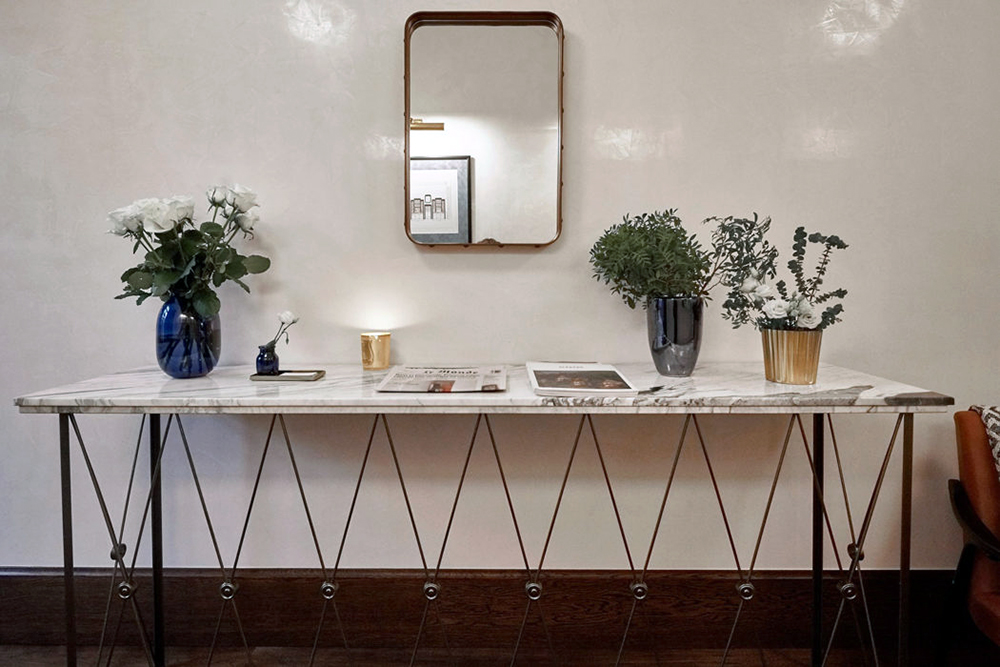 At Finchatton I worked in the commercial sector on bars, restaurants, hotels and retail stores. I also worked on property development in the residential sector. Again, there was very great attention paid to the specification. Yes, the budget was high but that made us as the specifiers more spend- conscious as it was even more crucial to get a return.

Obviously the scheme had to look good but it wasn’t a question of spending money on everything but spending it where it would work best.

I have now set up my own studio which is focussed on commercial and retail interior design. Springing from my Welsh heritage, the idea is that we relate to mining people who are working and grafting underground – we are a working team. I wanted to create a community of people working together as a very definite contrast to the idea of luxury hence the name of the studio not being around my own name. I see the mining process that we, as interior designers, are performing is that of harvesting gold, not coal, and exposing the valuable commodities that lay within our work and bringing them above ground, into view.

My aim is for our studio not be bogged down behind our computers like a lot of young designers are, working with concepts only and never getting out into the real world to see life on site. I also want to champion artisans, suppliers and craftsmen and I aim for our samples library to be like an Aladdin’s Cave and for us to engage in experimental activities every week.

You won’t be surprised to learn that I do not agree with Free Pitching. Offering free work cheapens the work that we do. Prior to starting any design work my studio carries out a Design Diagnostic process which is completely impartial – even to the point of recommending the client does not need to use an interior designer if that is what we find.

Too many studios skip this phase and it creates a lot of problems in the project with disappointments and grey areas.

So the process we follow is Design Diagnostic, Concept, Concept Feasibility and then the Schematic stage where we create the design detail. 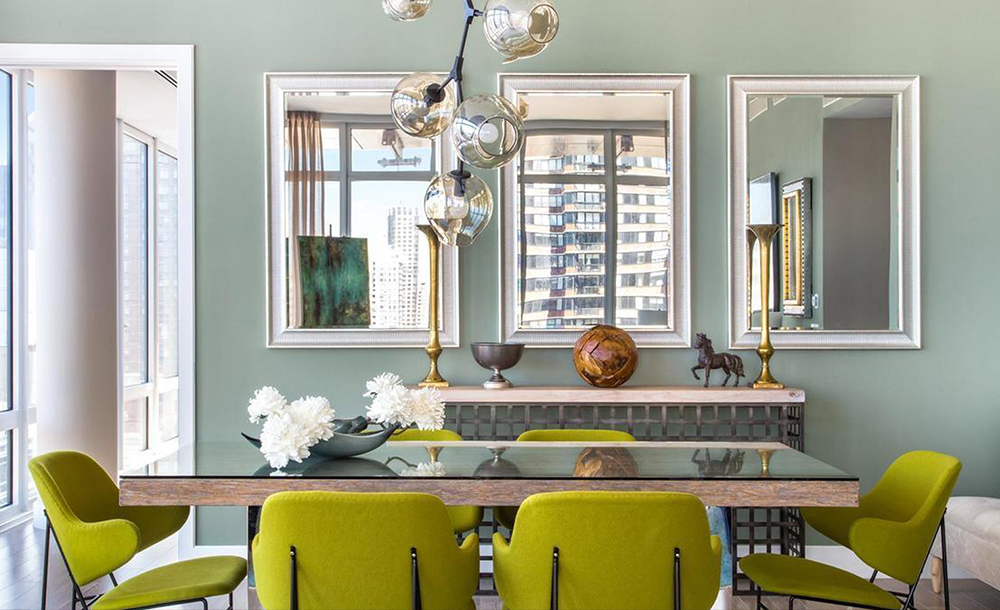 My ideal client is someone who is open-minded and brave – someone who is not afraid to choose and to go with a combination of colours and materials. Someone who has trust in me as a professional interior designer to do my job! Really I like people who have a good eye for style and design, someone sophisticated who doesn’t believe that throwing a lot of gold and brass into a space looks good. Someone who is willing to use local craftsmen and suppliers and sees the value in that. Craft and artisanship are revitalising now and it is important to me to incorporate this into my work.

I like projects where many people will get to see them!

A typical interior design project of mine

This would be Harrod’s Shoe Heaven which is a project I did whilst at David Collins Studio.

I really enjoyed the business angle to the work. The return on investment was obviously critical – we needed to sell
as much product as possible so merchandising was the core objective. I spent quite some time measuring how many pairs of shoes can fit onto shelf space and designing accordingly.

It was a time-critical project as the shoe department was moving from another floor to the fifth floor and every day it was not in operation it was losing a considerable amount of money. As a result of this timescales were absolutely critical and it was crucial that we completed on time.

The design concept was one that was to feel more like a residential interior rather than a commercial one, more as if one were within someone’s house. The space was within an old mansion block so already had a homely feel.

The brief stated that the interiors had to last for thirty or forty years so it was essential to capture a timeless feel. Inspiration was from the 1920’s and 1930’s and we created highly detailed interiors around this concept.

Our focus was on the Kurt Geiger shoes and the majority of our display was this brand. Other brands had a White Box and created their own brand within that. We wanted the shoppers to feel as if they were on an antiques hunt, finding treasures, rather than looking at factory products. As millions of people visit here every year this was quite a challenge.

The overall look was very successful and I am particularly delighted with how well the bespoke sofas worked and the level of detailing overall. I loved seeing my drawings come to life – which were often created during long evenings – and then seeing them in reality created by the artisans.

Interior design projects I would not take on

Aviation and boats! These are very specialised areas of interior design where the restrictions and regulations are high. Having said all that it would be a challenge so perhaps later on I might venture into this area.

What are an interior designer’s most important skills?

Spatial planning – that is an architectural understanding of how a space works not just its cosmetic appearance. I have a real pride in knowing the cost if I move a socket or switch or the air conditioning. An interior is not just a work of art, it has to all work together so I need to have an overall understanding of how a building works and the constraints it will be operating within. As an interior designer I have to think of everything – the spatial plan of a space and how it will feel. If I am designing wardrobes they are to be made to the person’s height

I think an awareness of new finishes and details is important and a knowledge of how to incorporate them.

Communication skills are so important too. An interior designer has to successfully communicate with suppliers, clients, the construction team and other people on site which requires a varying style of communication.

A big frustration for me is when people see something online, say on Instagram and they like it and want it but it has no relevance to their own space. This is often when they are looking at the aesthetic alone and are not realising that the practical elements of it would make it unworkable.

Of course there are the pressures day to day of working with contractors, the back and forth and working within timescales generally. Lead times can be an issue and suppliers letting me down is naturally disappointing. I recently designed a cast concrete countertop for a kitchen but it was not made correctly and had air bubbles in it. Because of this the space was not useable and created a delay on the whole project.

Do you feel part of an interior design community?

Not often as I do feel that with the people who have the money for interior design there is a certain level of snobbishness. I find that the suppliers at Chelsea Harbour are quite snobby and look down on you if you are not the boss of your company or the right kind of interior designer. I feel that there is an expectation for interior designers to dress in a certain way and that those who not fit the stereotype are discriminated against. I feel this strongly coming from a working-class background in South Wales and I won’t change the way I speak for anyone. Anyway, clients prefer you to be yourself, not someone la-di-da – someone real and open and most importantly, able to deliver a project.