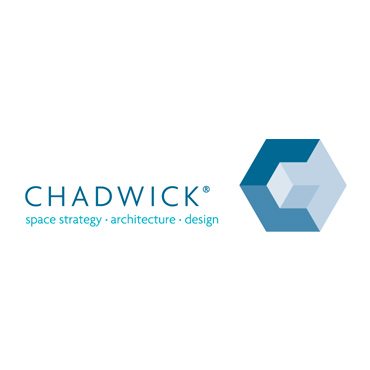 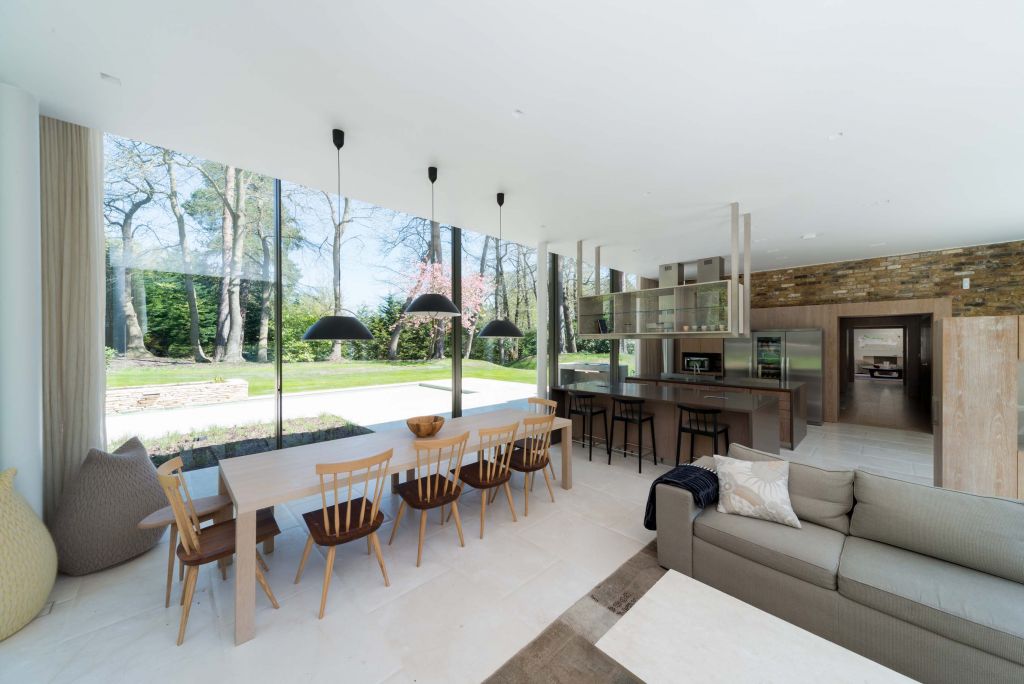 Puckeridge House The refurbishment was almost a total rebuild replacing doors, windows, ceilings, lighting, flooring, heating systems etc, adding a large glazed extension, swimming pool and bar-b-cue area. The gardens were also redesigned and landscaped. The original living room was reinstated. The bedrooms were increased from five to six including an attic bedroom all of which are en suite. A new formal dining room was included into the main body of the house. Meanwhile the glazed extension was designed to accommodate the new kitchen and breakfast bar alongside a family room opening up onto the terrace and the new swimming pool and bar-b-cue area. 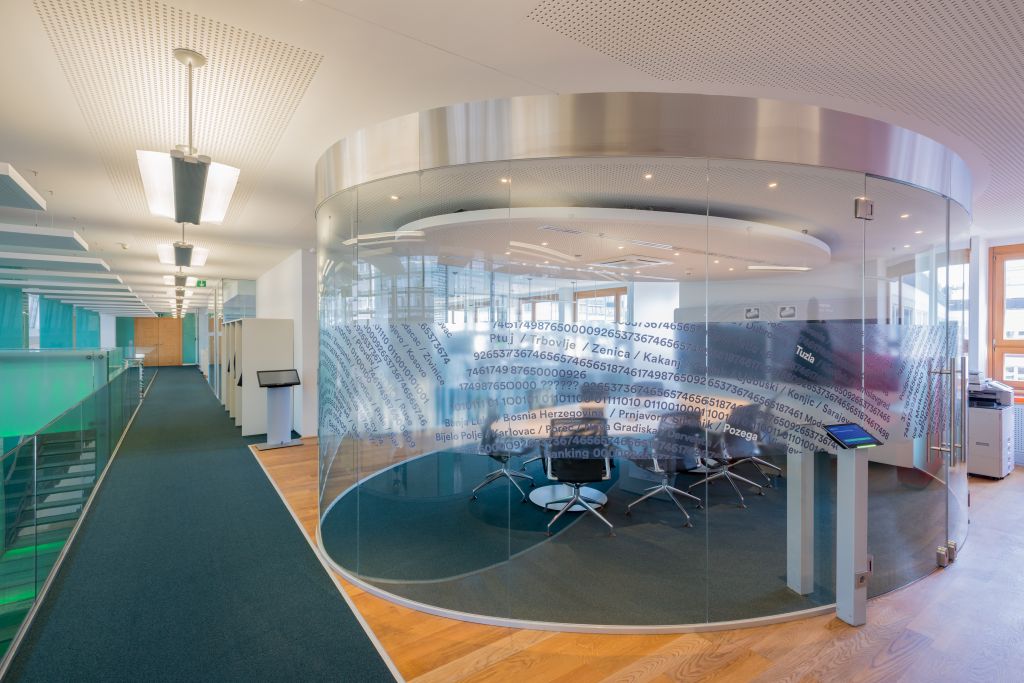 Addiko Bank The design concept revolved around connecting all the component offices of the Bank together into a “single virtual bank” spanning the very fragmented region. Modest, surprising, well-designed was our search mantra for the Vienna Head Office and the driving ethos for all the others. All space assets were to be on a single reservation system (Concedo) so staff may reserve space from anywhere to anywhere. We also engaged broadcast quality (Cisco) telepresence audio/visual to be installed in each location in a common “Egg” shaped video conference room. All the locations were replanned as open space with a number of elements creating variety of choice for both working and informal meeting space to encourage internal and external communication. 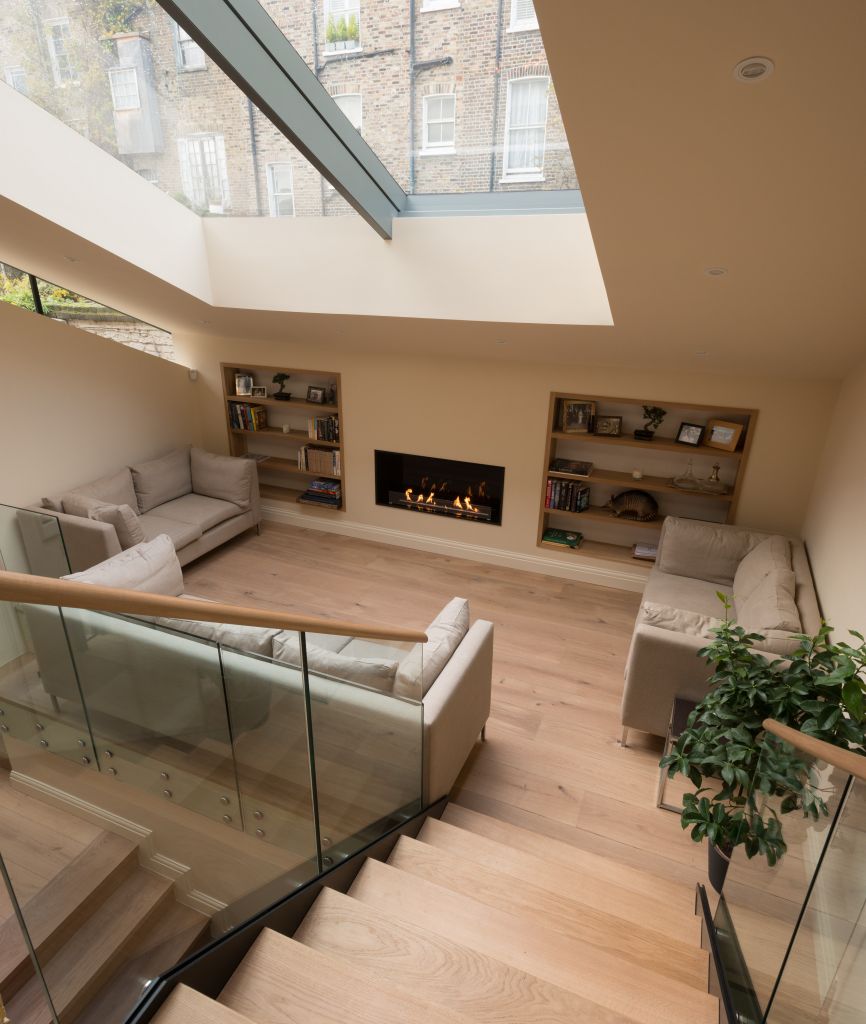 Union Wharf, Islington In the heart of the Islington conservation area beside the canal a small, dingy courtyard has been replaced by a two storey extension to the existing lock house. There were severe building constraints as the structure is restricted in height to that of a neighbouring listed boundary wall. The solution has been to dig down to half basement depth to create a new en-suite bedroom above which is a glorious sunroom with a large fully retracting glazed rooflight. 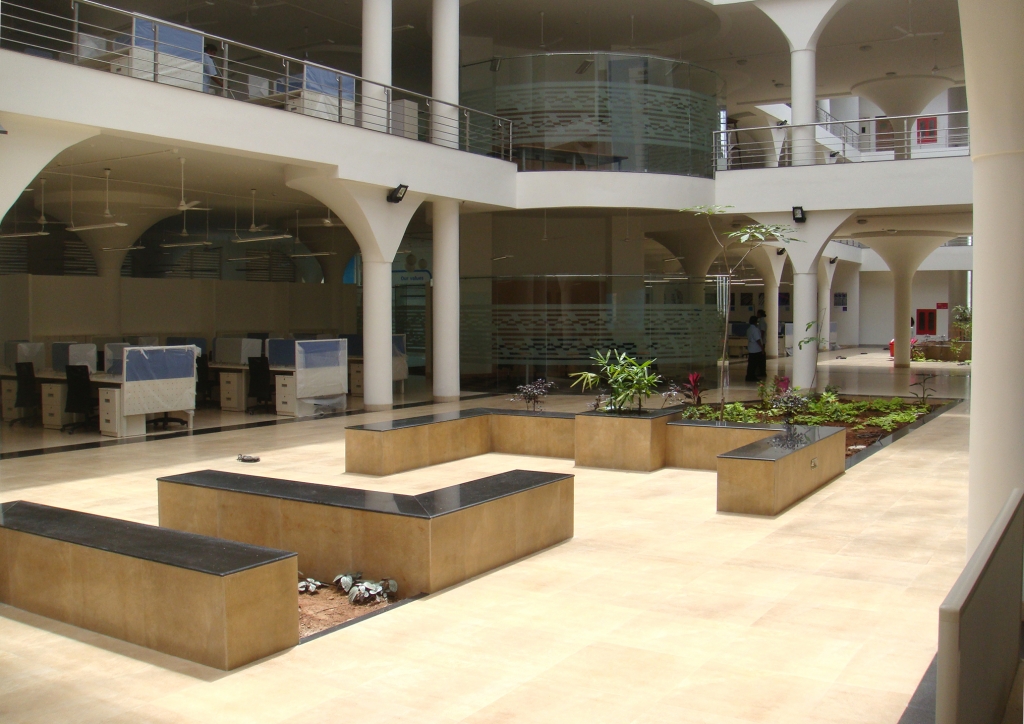 Shimoga A 1000 person naturally ventilated processing centre in Shimoga, India Commissioned by Xchanging plc, a UK based global outsourcer with a large footprint in India. As a consequence of the integrated design process this building will be singular – a modern deep plan interactive and environmentally friendly workplace in a challenging climate. The savings on capital and running cost of the building compared with an air conditioned equivalent are significant. We anticipate good levels of occupant satisfaction and attendant high productivity. The optimum building design has been developed to achieve the best comfort levels for inhabitants possible. Temperatures can reach 40˚Celsius in Shimoga and the building is designed to perform well passively in these conditions. 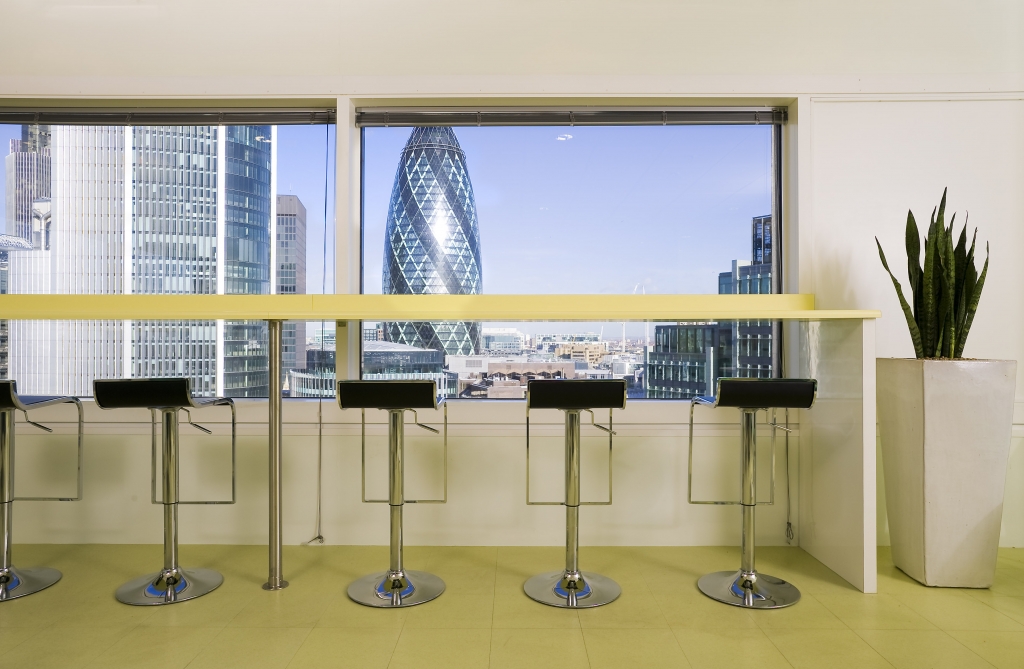 Tokio Marine Tokio Marine Global needed to establish a completely separate identity to its parent, the massive Tokio Marine, to support a new line of insurance business conducted. From an environmental perspective this was achieved by moving into half a floor in Minster Court designed to provide a warm, contemporary workplace with a low key Japanese influence to attract both European and Japanese staff alike. 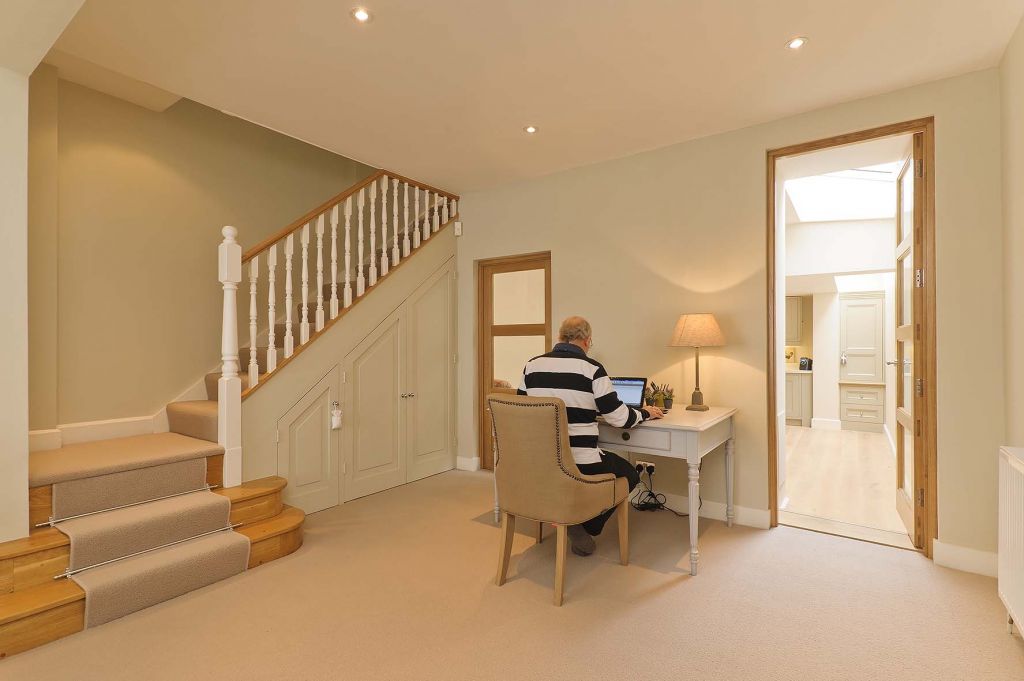 Godfrey Street The three bedroom house just off King’s Road in South Kensington was built for the workers of “The Great Exhibition” in 1851. Throughout the years it had been modified and extended into its original courtyard several times. The result was a rather complex structure with changes of floor and ceiling levels within a very confined space. The kitchen and dining area in particular consisted of several small areas and only a tiny remainder of the original courtyard. By taking out all the walls in the kitchen and incorporating the rest of the courtyard, a big open space was created. What had previously been four small separated spaces is now one large room. Two cross spanning steel beams were introduced to hold up the floor above. The previously open courtyard has been converted into a completely glassed light-well bringing natural light into a windowless space.

Chadwick is an international architect / design practice based in London. Our work focuses on quality with economy in a wide range of building types including commercial, residential, leisure and charities. Early adoption of technology in the form of the first generation of CAD means we understand its nature. We are also keenly aware of the importance of sustainability in all aspects of design including operating systems, the use of recycled and recyclable materials and biophilic design.

Chadwick is led by its London office but our people have worked on projects across the globe. Our core architectural / design team have a long history of working in close concert, albeit being geographically spread.