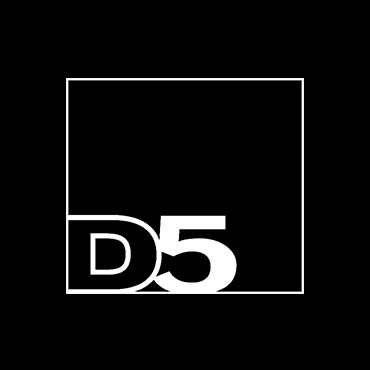 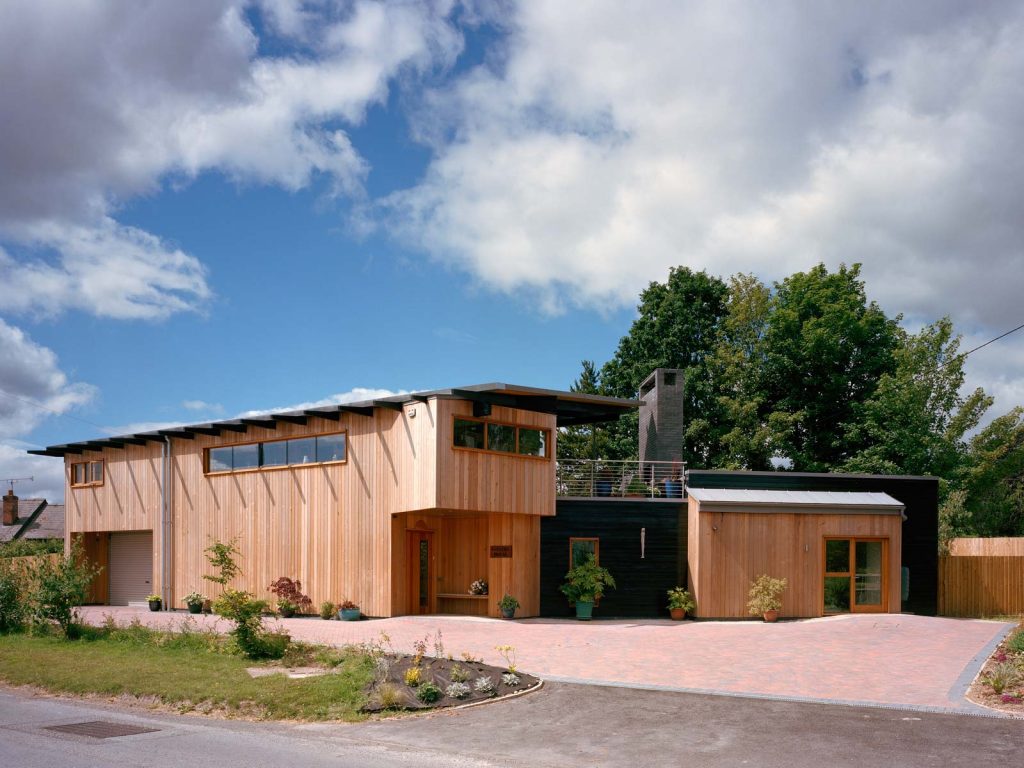 Gallery House Leintwardine, Herefordshire A new build house and workshop in Leintwardine, Herefordshire designed as a contemporary response to its site. It also achieves empathy with its context, on the edge of a conservation area, through the use of traditional materials. The orientation and design of the house is a response to site conditions in order to maximise the distant views to the northeast and sun light and privacy to the south west with large areas of shade glazing. The house highly insulated and incorporates a ground source heat pump that together provide minimal cost, very low carbon emission under-floor heating and hot water. 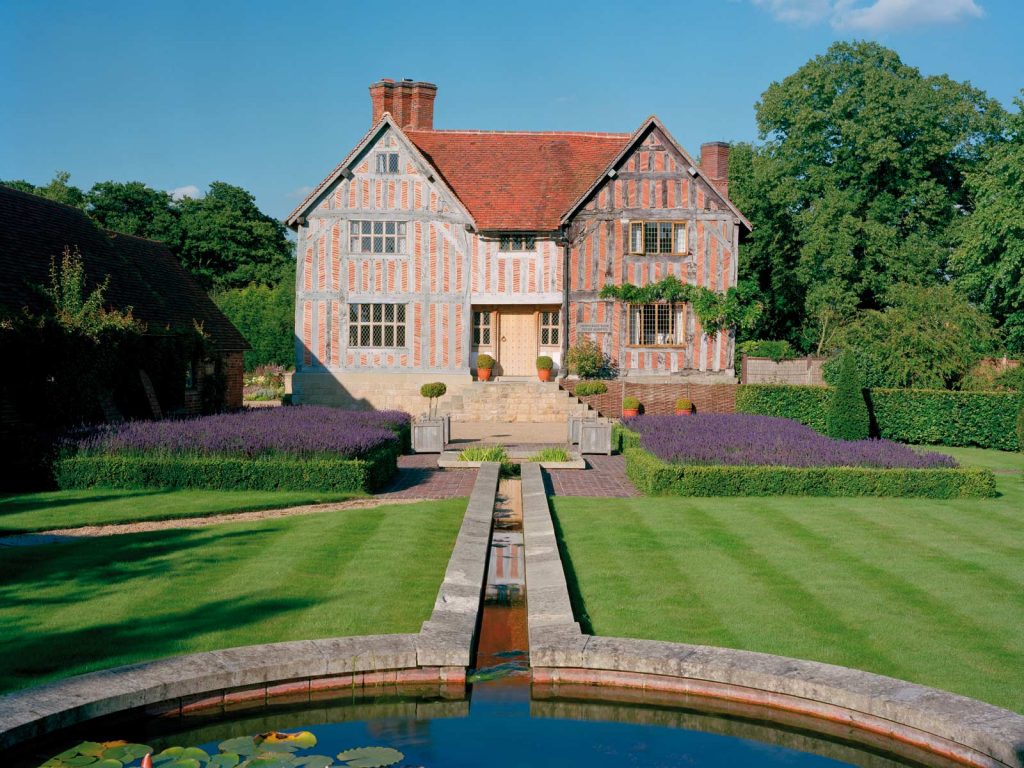 Manor House Preston Bagot, Warwickshire An initial study established that little of the Tudor Grade 2 listed property’s original layout remained following inappropriate and unsympathetic modernisation in the 1970’s. Extensions had also been added masking the original house from the garden. The house was stripped back to its remaining original components and extensions removed. Reconstruction followed its original form using traditional materials and craftsmanship including structural oak, wattle and daub wall panels, lime plaster, oak and stone windows, hand-made leaded glass and reclaimed timber and stone floors. Where the original form could not be established, contemporary designs were developed to contrast with the historic elements and add further character to the property including an oak and stainless steel stair rising up a three-story glass roofed space in the heart of the house. 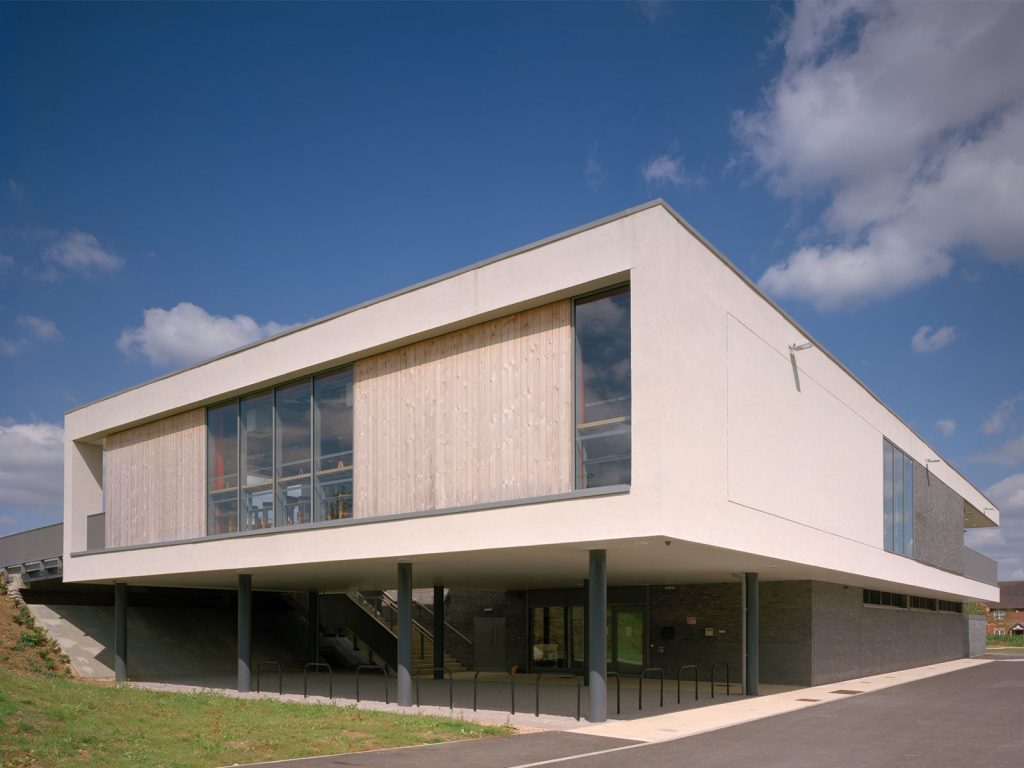 Emerson Valley Sports Pavilion Milton Keynes The project was initiated by Milton Keynes Council and forms a major part of their overarching leisure strategy, with community involvement becoming an inherent part of future planning policy and the project was undertaken to support this philosophy. The proposed development consists of three rugby pitches, a training area and clubhouse, with the pitches being retained as open public access. The building operates on two floors, with the second seemingly suspended above the other, and presents itself as a simple crisp rectilinear box. The form is kept deliberately as simple as possible to reinforce the buildings clarity and efficient planning. The intent is to present a clear, minimal portrayal of the pavilion typology making it unique from other buildings in the immediate area. The palate of materials used are minimal, extending predominately to render, with brickwork, glass and sections of timber. 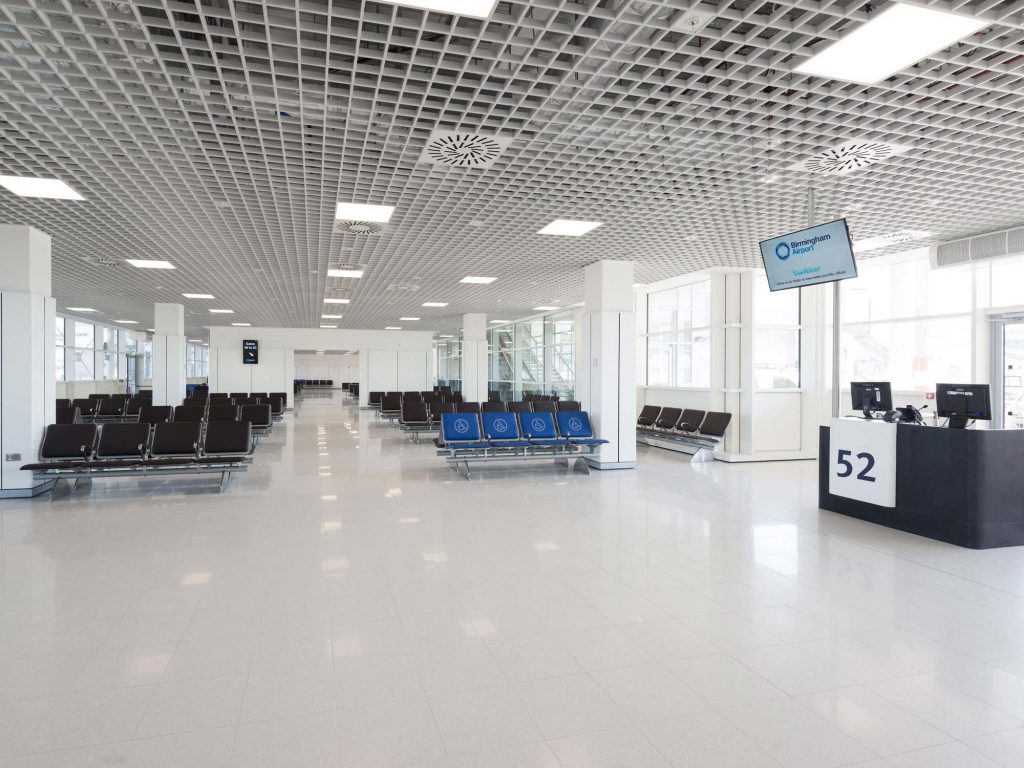 BAL NP Bussing Lounge Birmingham The project involved the construction of a new build Bussing Lounge at ground level in a former open air under-croft space of the airports existing North Pier (NP) building. The new curtain walled enclosed accommodation provides lounge space for five new departure gates, serving transfer busses to remote aircraft stands at the airport. Passengers will make their way to the lounge from the main Departure Level of the airport via a new lift and stair also completed for the project. In addition to the departure accommodation, the new development includes arrivals facilities in form of a separate new steel and glass stair and new escalator to take arriving passengers from transfer busses up to the airports main Arrivals Level and through to inbound security and baggage reclaim. 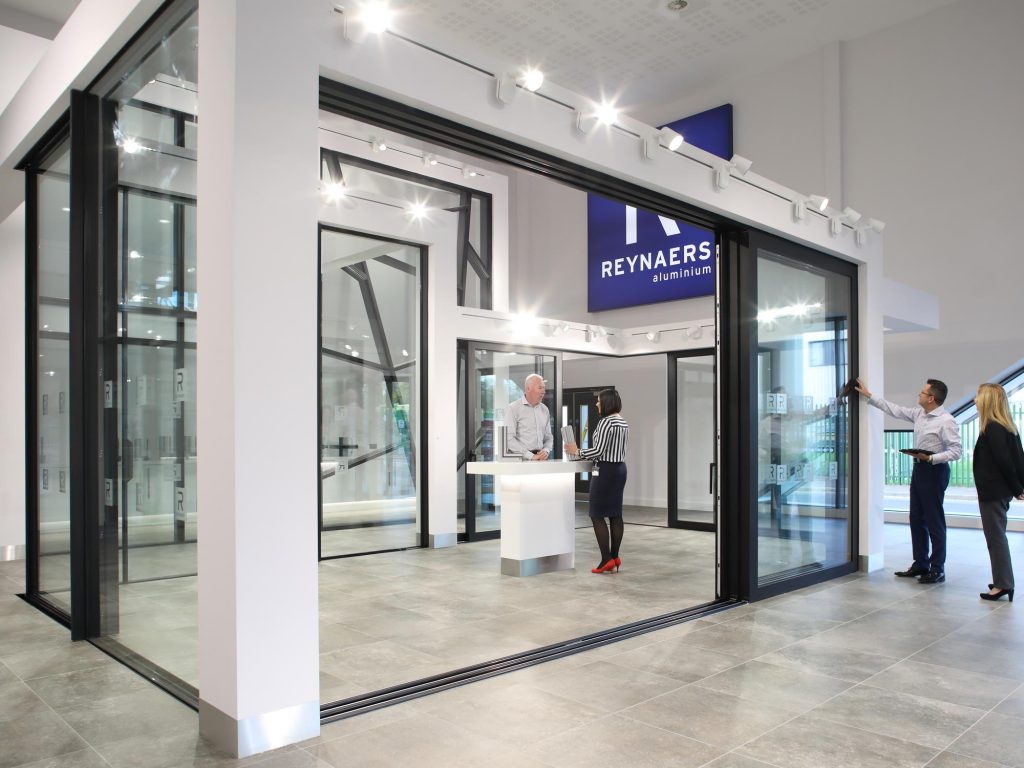 Reynaers Knowledge Centre Hollymoor Way, Birmingham Redevelopment and extension of an existing warehouse to provide office, showroom, warehouse and distribution centre accommodation. The new development for Reynaers, in Birmingham, is now their UK headquarters building. Having developed a relationship with Reynaers through the specification of their products, D5 Architects LLP were one of a number of architects invited to propose a scheme for the new UK headquarters for the leading aluminium systems company. D5’s response was a modern and striking design to provide a showcase for Reynaers aluminium windows, doors and curtain walling systems. Developing the detailed client brief and technical package for tender directly for Reynares, D5 were then novated to the successful contractor, A&H Construction, and provided detailed architectural technical design services through to completion of construction work on site. The project involved an existing 4,820m2 warehouse and office building that was fully refurbished and extended by a further 2,980m2 to create a 7,800m2 warehousing facility that included purpose-built training and conferencing facilities, and a double height display showroom leading to first floor offices that cantilevered over the ground floor and entrance area in a dramatic display of Reynaers systems.

D5 embrace innovation and celebrate the uniqueness in any project regardless of size. The practice is an open organisation embracing the ambition of its staff and harnessing this to the benefit of the client.

The team at D5 bring commitment, enthusiasm and experience across a broad range of sectors to the service of the client.

The client is central to the D5 approach. The quality of our architecture is a reflection of our understanding of the client, their organisation and their needs.

The team at D5 constantly aim for the responsible and considered use of materials, compositions and form to create a rounded environmental response. We aim to drive a sustainable agenda through reduced capital and revenue costs to clients to minimize the impact of development upon the environment.

We bring design quality to all projects to give the client and community the established added value good design bestows. We believe in a responsive, contemporary and inclusive built environment embracing democratic and humanistic values for the good of all who interact with the architecture.