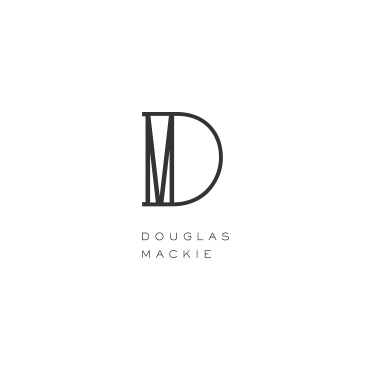 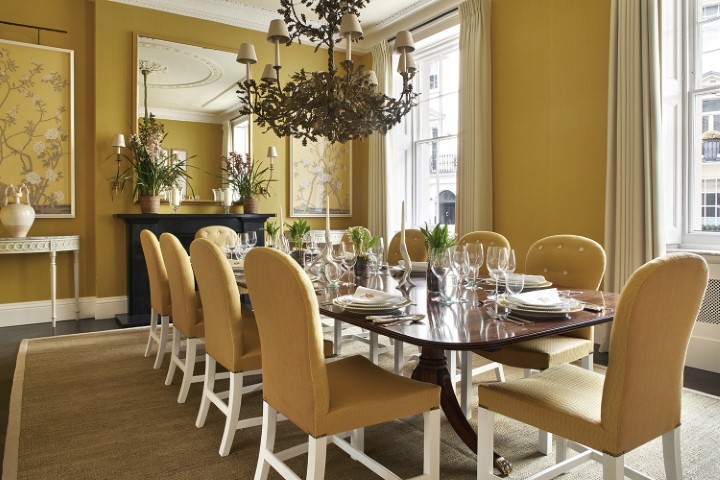 Belgravia A major refurbishment of a 6 storey townhouse, the house was designed in response to our clients’ brief as a classic English home.Much of the furniture was commissioned from English craftsmen, and combined with 18th and 19th century antiques 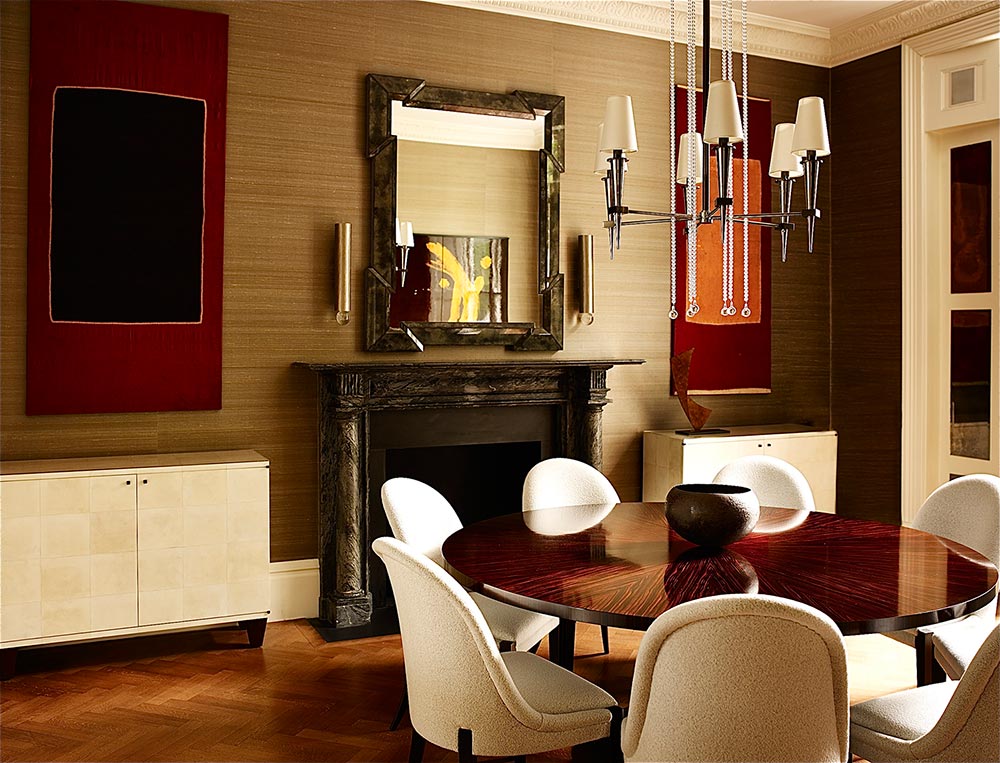 Holland Park A classic double fronted stucco house, we created an essentially modern interior, based around our clients’ art collection. Antique and modern are combined; custom made furniture set alongside antiques. 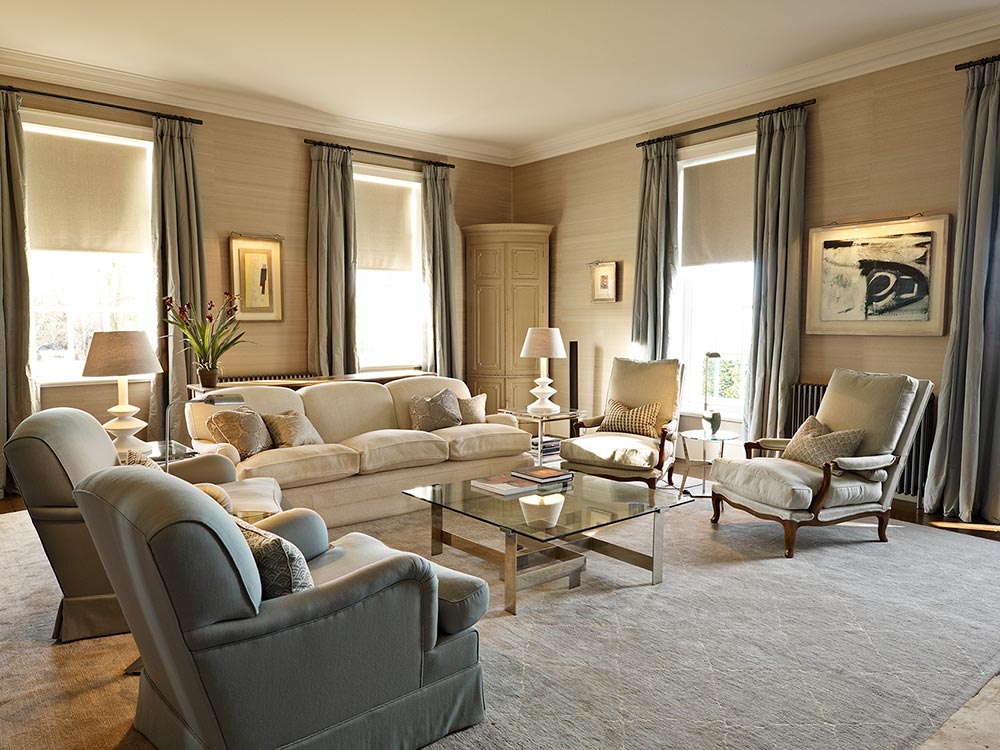 Gloucestershire A grade 2 listed house, we have worked closely with our clients building their collection of modern British Art. The paintings were the starting point of each room; a contemporary take on a classic English country house 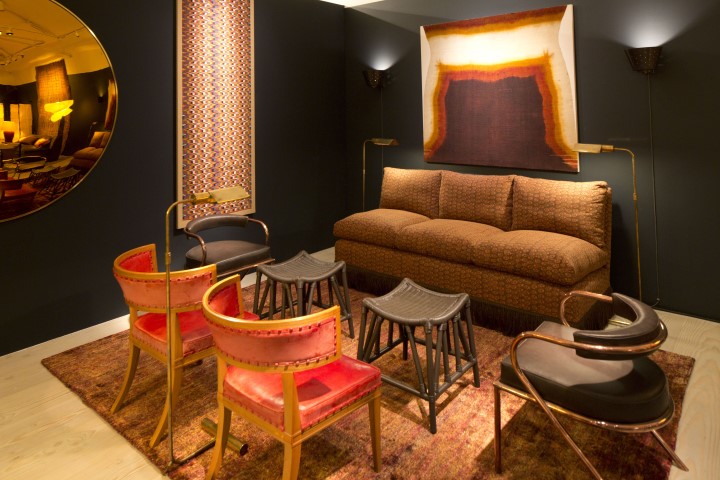 Saachi Gallery VIP Room We were invited by the Pimlico Road design District to design and curate the VIP lounge for the COLLECT show at the Saatchi gallery in 2019 Many of the elements were custom made for the project, working in close design collaboration with Soane, Cox London, Collier Webb , Howe, and Luke Irwin 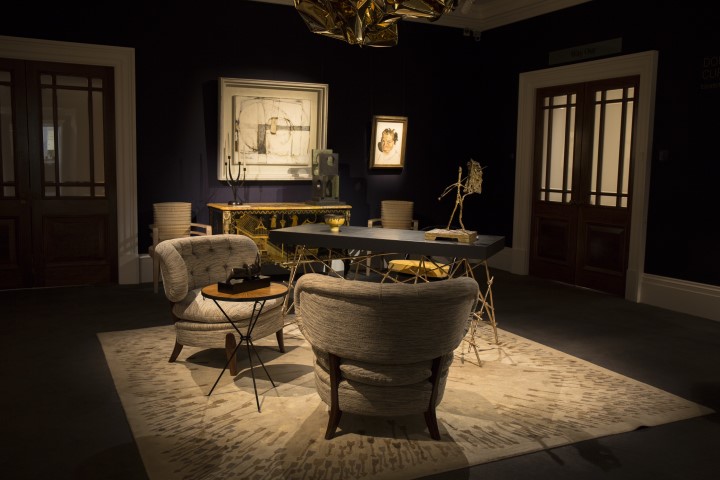 Sotherby’s We were invited by Sotheby’s to curate a gallery space for the highlights of their summer sales in June 2017.We incorporated a wide range of artworks from international sales, alongside elements of 20th century design from our own stock.

Douglas studied architecture at Cambridge university, tutored by Eric Parry and Colin St John Wilson. A year spent working in New York was a catalyst towards becoming an interior designer. The patrician apartments of the upper east side, when moonlighting for interior designers as a perspective artist had infinitely more appeal than the daily grind of door schedules and drainage plans in a Manhattan office.

He returned to Cambridge, and completed the Diploma in architecture in 1988, just as the world economy imploded. He worked as perspective artist, and architectural assistant where his skills as a draftsman remained in demand in the pre CAD rendering days. He spent 3 formative years working at Tessa Kennedy, absorbing the trade, observing the clients, and discovering the obsessive detailing that goes into work on this level.

Douglas Mackie has been recognised by House and Garden magazine as one of the 100 leading UK designers since 2009. He set up his own company in 1995, and has built up a loyal clientele internationally. Publications this year include AD Russia, AD France, AD Italy, House and Garden UK, Belle magazine Hong Kong, Residence magazine Netherlands, and Bella magazine. Douglas Mackie has been selected by Architectural Digest as one of the Worlds top 100 interior designers, in the April Collectors Issue , 2015.