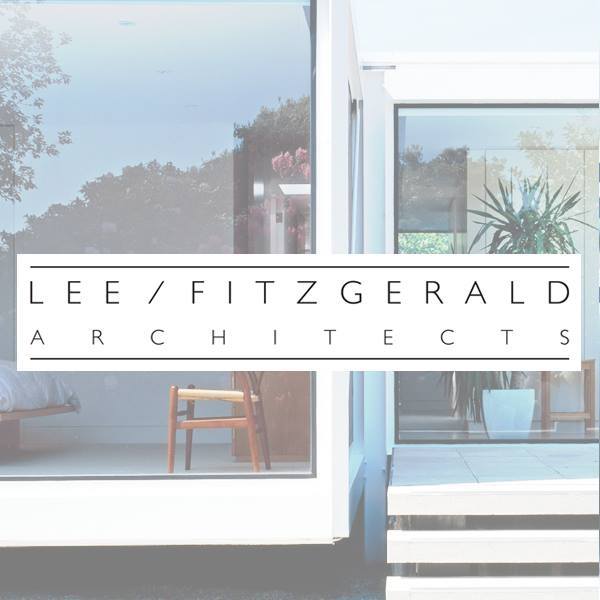 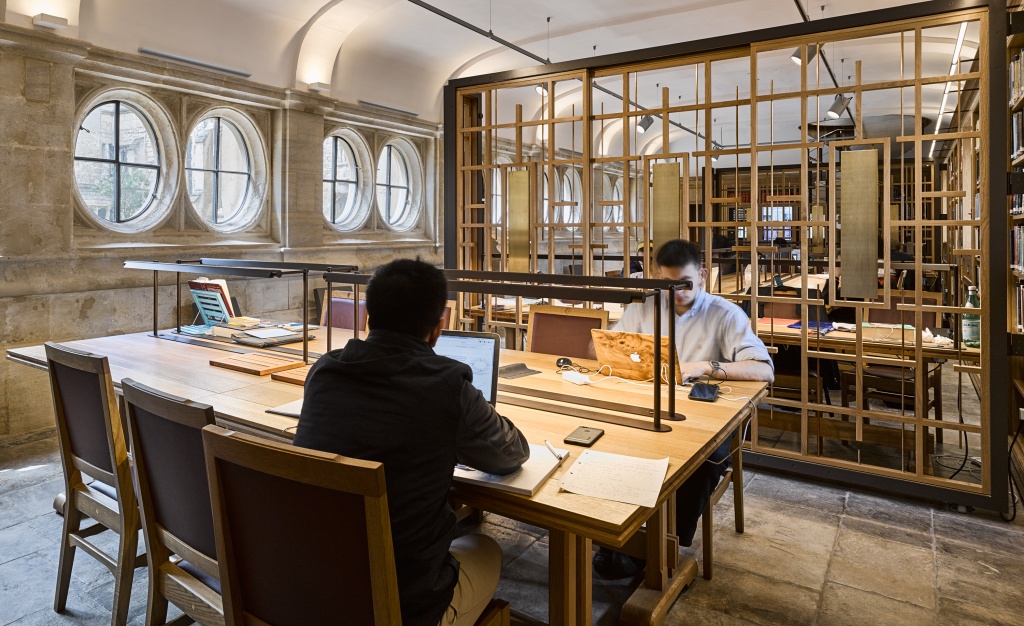 The Greenland Library The project comprised the stripping out, rediscovery and subsequent restoration of the College’s grade I listed cloisters following extensive archaeological investigations. The cloisters were then fitted out as an extension to the College library doubling the size of the existing facility. A vertical circulation link was inserted to join the new facility to the main College library above (A James Wyatt Interior). The project also consisted the painstaking renovation and redecoration of the Wyatt interior and the refurbishment and upgrading of the linked ‘history’ library, situated in the attic storey of the adjacent ‘Old Quad’. The final part of the project comprised the creation of a new main entrance to the expanded library complex and the re-landscaping of the ‘Deerpark Quad’, onto which the facility opens. 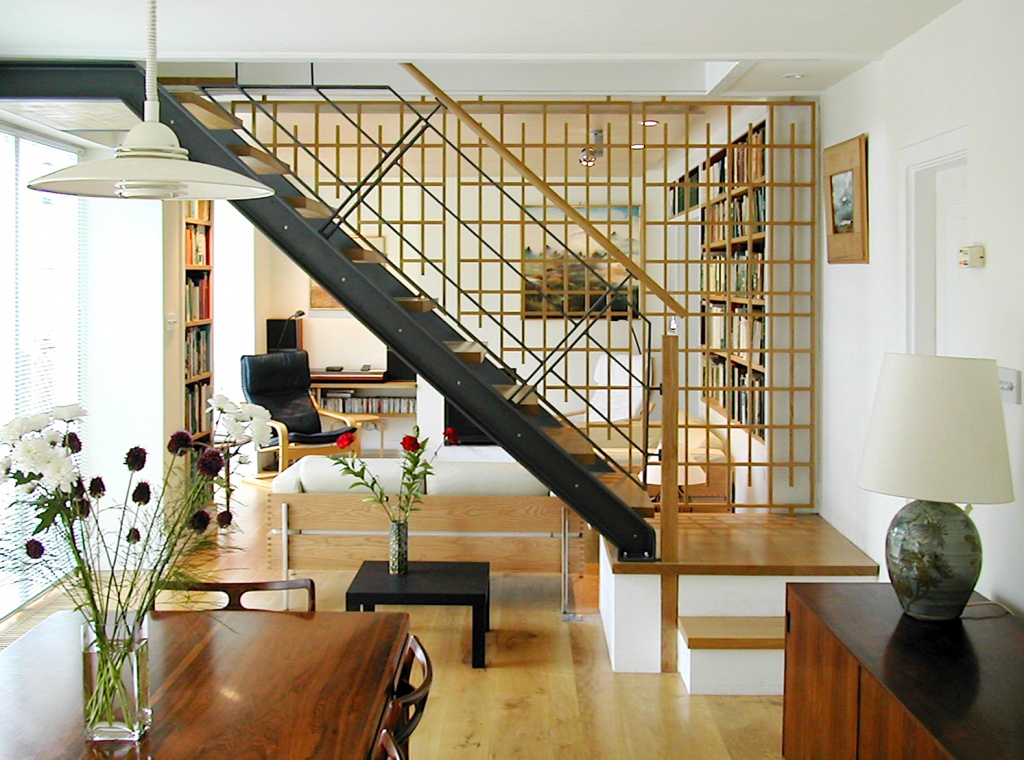 Moorcroft House The works at Moorcroft comprised the complete internal reconfiguration of a typical 1930s speculative house to create an open and light-filled sequence of living spaces that directly engage with spectacular views across Dartmoor. The resultant main internal space is defined by the insertion of a dramatic suspended steel staircase and screen. Upstairs the house was adapted to give a better shaped more usable configuration including additional bedroom and bathroom facilities. 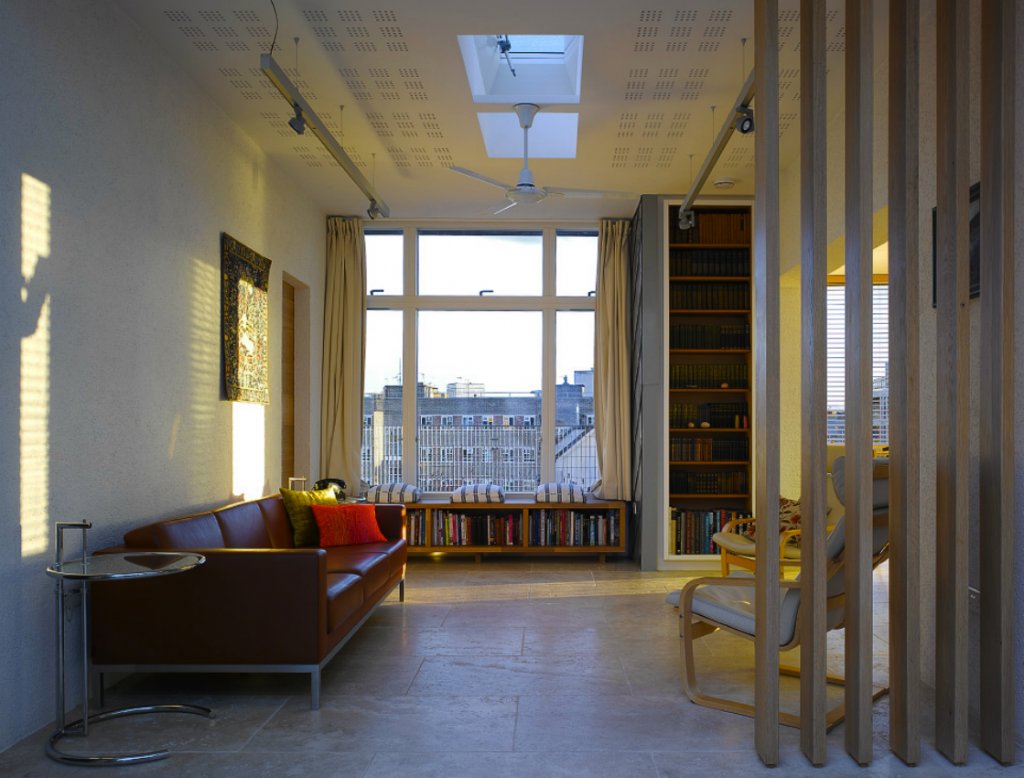 199 Southwark Bridge Penthouse 199 Penthouse is an innovative and different approach to modern city living, which combines a busy city location with a real sense of peace and solitude. The project represents the final flourish of a larger reconfiguration and extension to an outdated 1970s office block. The design concept is that of the Mediterranean life style – which encompasses ideas of indoor/outdoor living, external rooms and the ’beach house’, and adopts as an archetype the ancient atrium. Within this concept the building is seen as a representation of the coastal cliff with the streetscape below spreading out as an urban ocean. 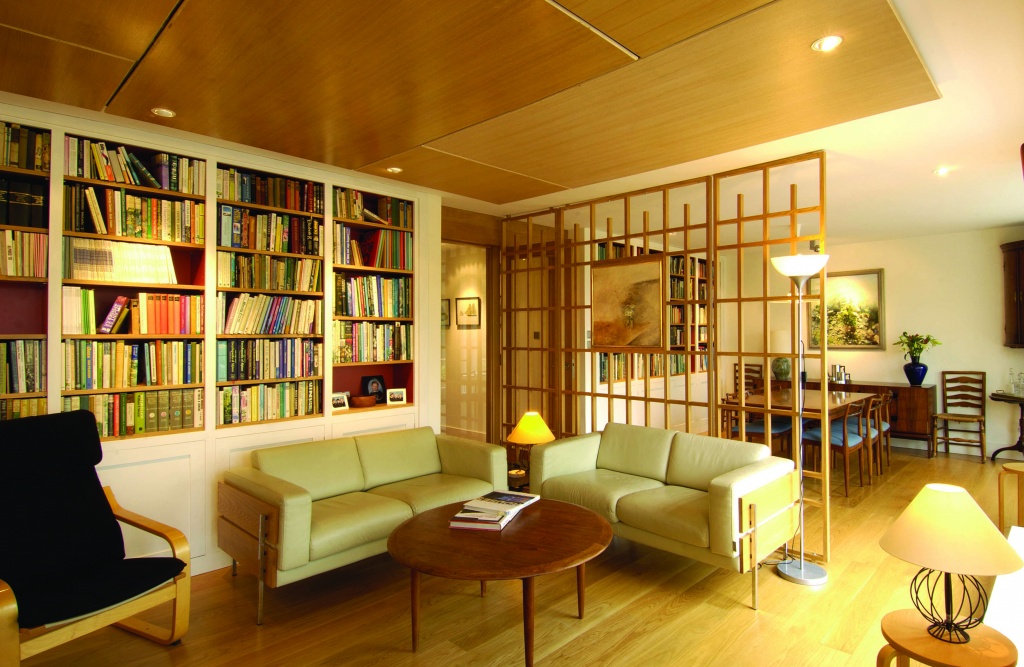 Coombelea House The project comprised the refurbishment of an existing 1930s speculative bungalow with attic bedrooms. The house was bought in a dilapidated state as a project. The approach has been to open up the interior as much as possible and create a flow between inside and outside to make the most of the lush sheltered gardens. Key to this approach has been the increase in window provision and the dropping of existing window openings to ground level to allow the eye to pass through. The house commands wonderful views across Dartmoor and these have been successfully brought into the main living spaces. The result is a modern elegant and light filled interior with a sophisticated flow of space and a direct connection to the outside. Married to this is the use of a soft pallet of materials to give warmth and comfort whilst complimenting the owners collection of the 1960s Scandinavian furniture. The designs show just what is possible when working with what might at first appear to be an unprepossessing base building. 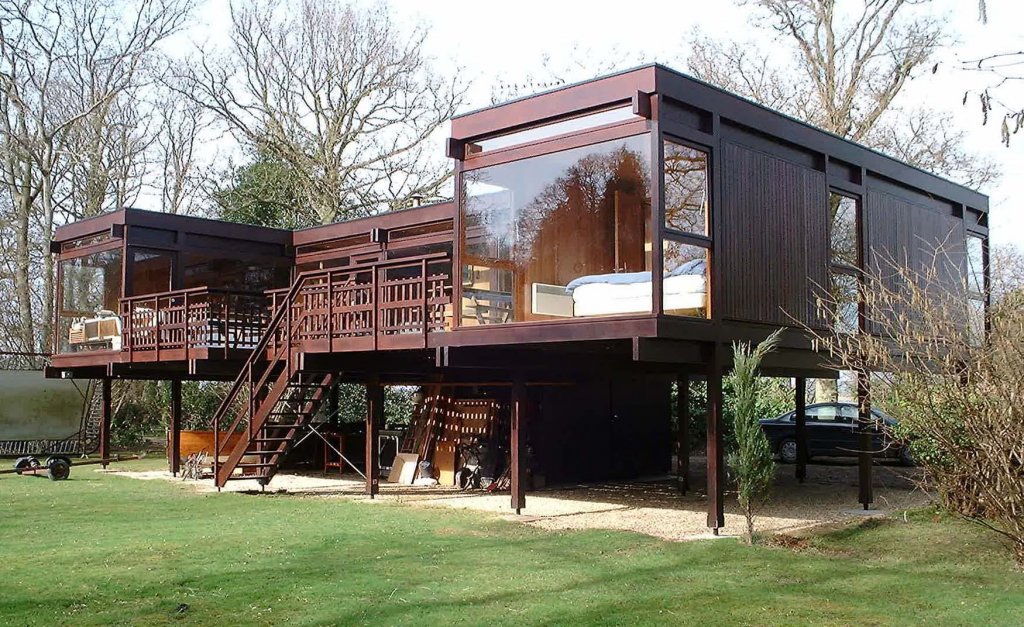 Sorrell House Sorrel House is an iconic 1960s deckhouse designed by architects David Thomas and Peter Foggo, which was listed grade II* in July 1998. In 1998 the original owner George Scott approached David Thomas to extend the house. By this time David had retired as a director of Arup Associates. Therefore, having first designed the extension and gained planning permission, David approached Foggo Associates and through Foggo’s Lee/Fitzgerald Architects, to develop the construction information for the project and manage the build. In association with David Thomas and Foggo Associates, Lee Fitzgerald were responsible for the extension and upgrading of this seminal mid 20th century house. The project earned an RIBA regional award for excellence in architecture in 2002. 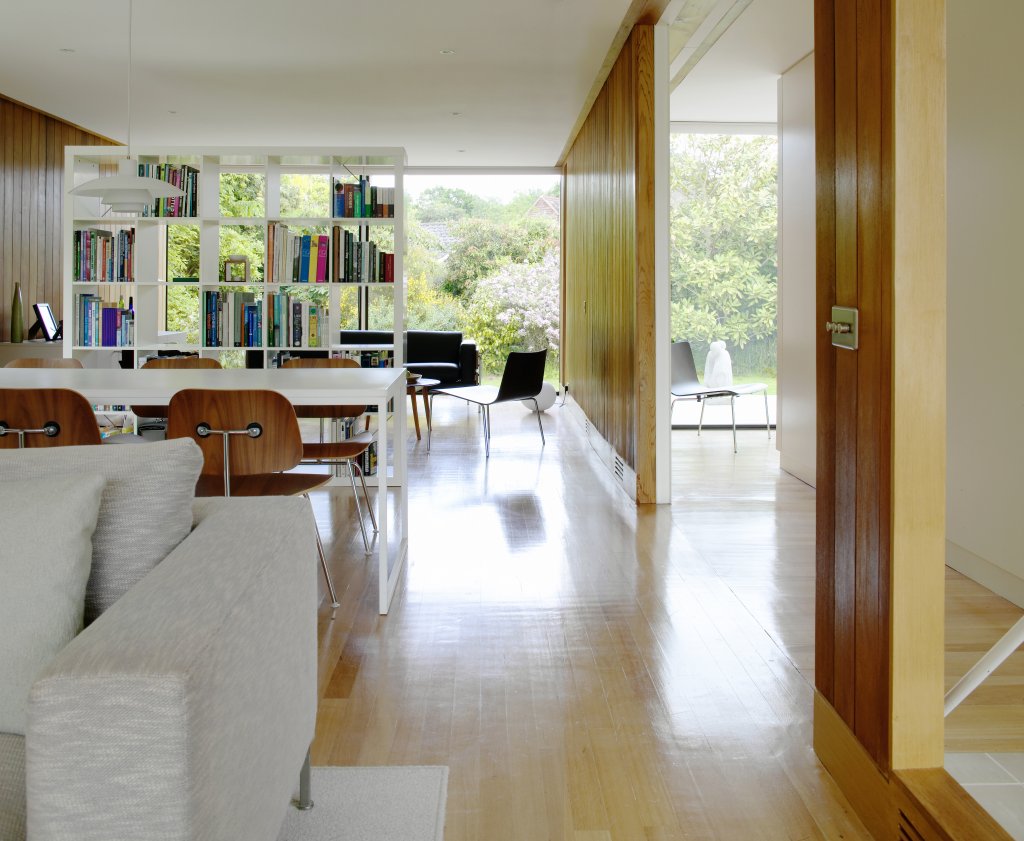 Space House Space House is a design classic in the tradition of the Californian Case-Study programme, built in the mid-sixties by Peter Foggo and David Thomas, and conceived as a prototype for future housing. The house comprises a series of braced steel trusses supported from eight stanchion columns, with timber-frame walls, floors and roof slung between, and with large areas of plate glass. The ‘H’-shaped plan is made up of a central service core, opening onto front and rear terraces, with living and bedroom wings flanking on either side. The house remained in the possession of the original owner until his death in 2002, when it was bought by the current owners. By then it had become somewhat dilapidated, and had suffered from unsympathetic alterations. Lee/Fitzgerald fully restored this iconic building to its original light and calm state, whilst thoroughly upgrading bathroom and kitchen facilities. The practice also deemed it necessary to address one of the few design faults with the original layout, and improve the connection between the interior and the terrace deck overlooking the garden. The refurbishment of Space House won the RIBA Conservation Award 2004.

Lee/Fitzgerald Architects is a London-based design studio, founded in 1998. The practice has completed major commissions for the Institution of Electrical Engineers, the Arts University College Bournemouth, the South West Regional Development Agency, Really Useful Theatres, Wadham College, Oxford and St Peter’s College Oxford, alongside a number of residential projects that include refurbishments of two internationally renowned design classic houses. With the success of these projects Lee/Fitzgerald’s workload has rapidly expanded and the practice has developed a reputation for high-quality architectural design. In 2004 Lee/Fitzgerald moved into its current, purpose-designed studio at 199 Southwark Bridge Road.

Lee/Fitzgerald Architects is a friendly, non-hierarchical design studio. The office is open 24 hours a day, seven days a week, and is used by staff as a base for teaching, writing and private creative work alongside practice projects.