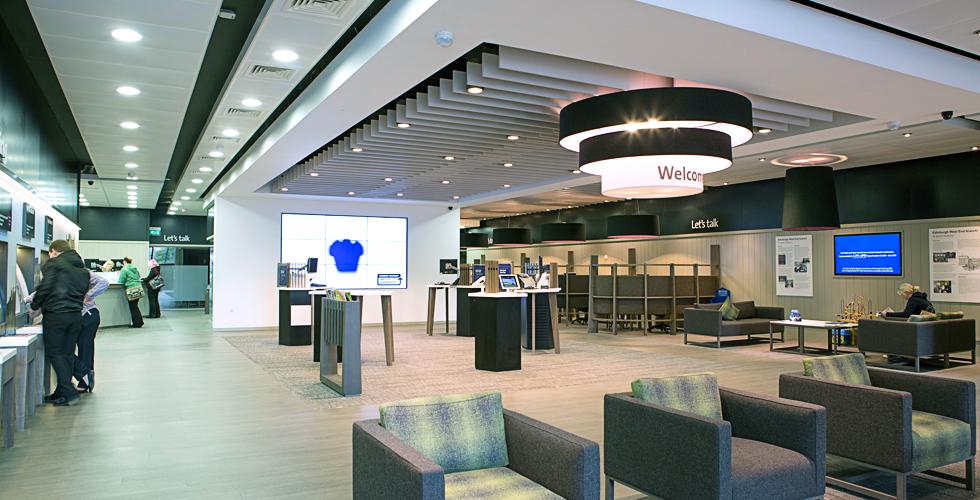 Royal Bank of Scotland Group, Nationwide Lewis & Hickey’s involvement with the RBS Group stretches back over 30 years. In that time, we have worked on numerous design, management and business initiatives across their UK estate, including: The management and development of RBSG Design Guides, which cover RBS Retail and Corporate sites. Ongoing refurbishment programmes of circa £100m spend per annum. Assisting RBS in formulating their design proposals in response to the DDA requirements, subsequently carrying out works across the estate. The fit-out of various Corporate Business Centres across the UK. 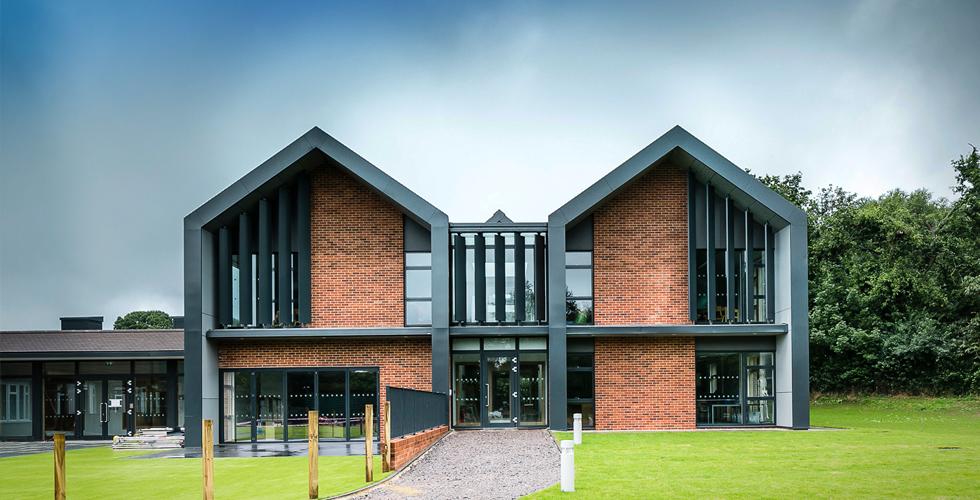 Churcher’s College, Petersﬁeld and Liphook in Hampshire Lewis & Hickey were appointed to rationalise the layout of the existing infant and middle school in Liphook and to update the associated classrooms and support facilities. The School wanted to use this opportunity to emphasise its commitment to innovative thinking and quality in educational design while retaining its history and core teaching values. Two new distinct entrances were created for infants and middle school pupils; with the former connecting the existing old school house with the new reception class. The latter leads into a double height circulation space visually connecting Year 3 and 4 classrooms with light spilling from above. The upper ﬂoors have large windows with views within the building and out into the surrounding countryside. 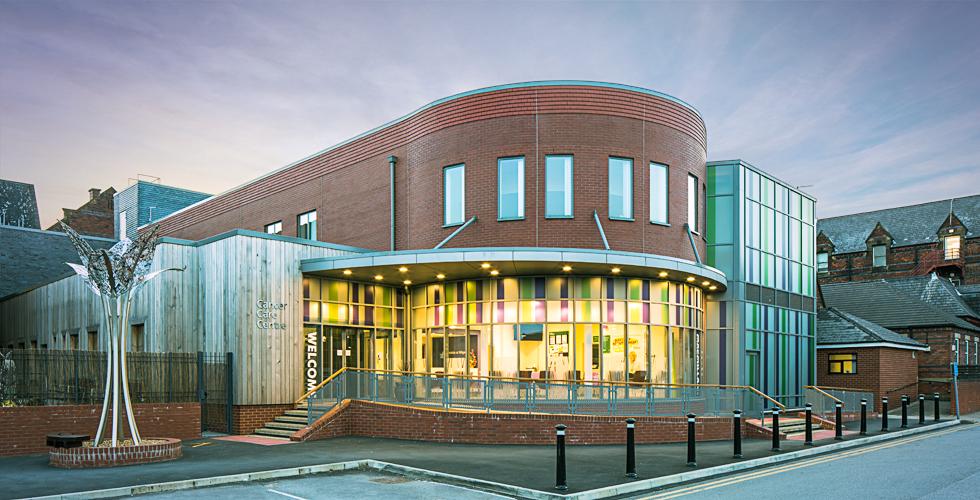 Wigan Cancer Centre, Royal Albert Edward Hospital, Wigan The project consist of the construction of a new oncology and pathology laboratory with consultation rooms, a general ward and office space for research and seminars and replacing the existing facilities already on site. The new building improves the physical environment in which people affected by cancer are treated, cared for and supported, so that they can be offered a more sensitive, personalised and therapeutic environment, both as a source of support to them and their families and as a force for change in the local and national provision of cancer care facilities. 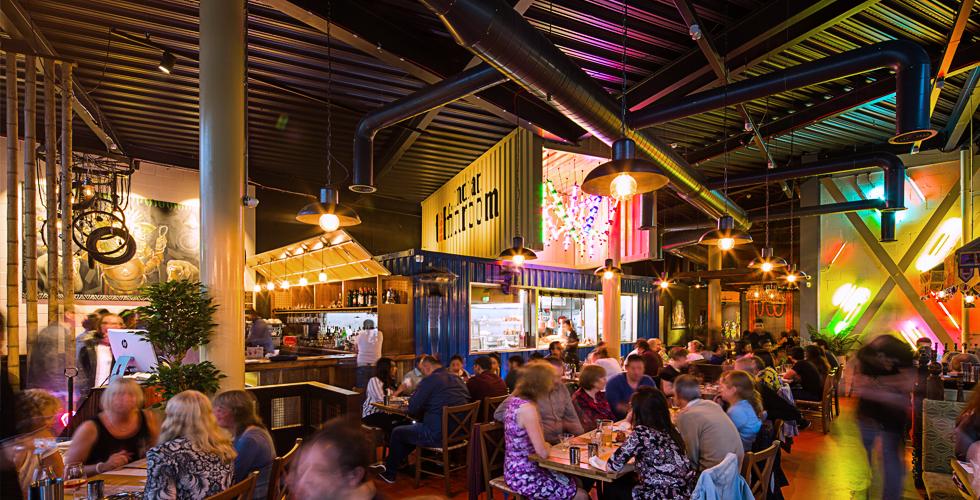 Indian Tiffin Room specializes in authentic Indian street food that is inspired by the bustling streets of India. The original restaurant in Cheadle is very highly regarded for its food and service. When approached by the owners, Lewis & Hickey had to consider how the best of the original location could be reinvented in Manchester’s newest cultural and commercial location. The shell commercial unit provided a contemporary canvas of large glazed areas, bare concrete and blockwork. The challenge was to fill the cavernous space to create a bustling, street feel that reflects the origins of the menu and complements the experience of the location. Two cut-out shipping containers are delicately balanced to house the kitchen which is the focus of the restaurant, the theatre of the chef’s activities as much a visual attraction as the food itself. Upcycled and re-used materials are utilized to create the bar and elements of the furniture including the deconstructed rickshaws that form seating booths. We worked with specialist lighting designers on the bespoke light fittings that mix rickshaw wheels with the multi-tiered tiffin pots that give the restaurant its name. Road markings on the floor, bespoke graffiti and wall hangings from India complete the street ambience in a light hearted collision between standard commercial unit and the Indian sub-continent. 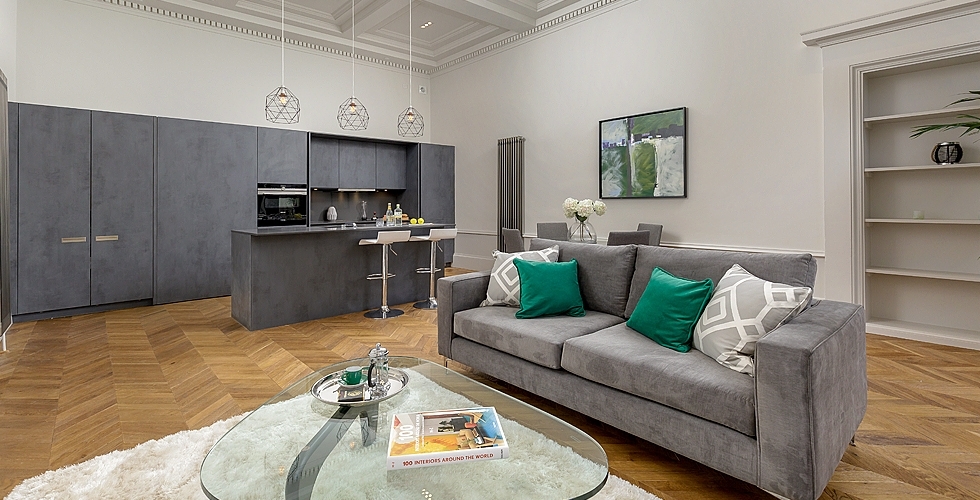 North Developments, 7 Rutland Square, Edinburgh No 7 Rutland Square is located within a World Heritage Site and Conservation Area. Its A-Listed status has been an important factor in restoring the building from poor quality office space back to its original use as residential accommodation with a mix of studios with 1 and 2 bedroom apartments; the listing has also led to the new proposals re-instating original features that, over the years, have been obscured by additions and modifications. The design has restored the architectural character of the property, preserving the historic fabric and features significant to that period while, at the same time, creating a well-considered, distinctive residential environment which appropriately and respectfully reflects the progression of architectural design with a unique response to contemporary open plan living. 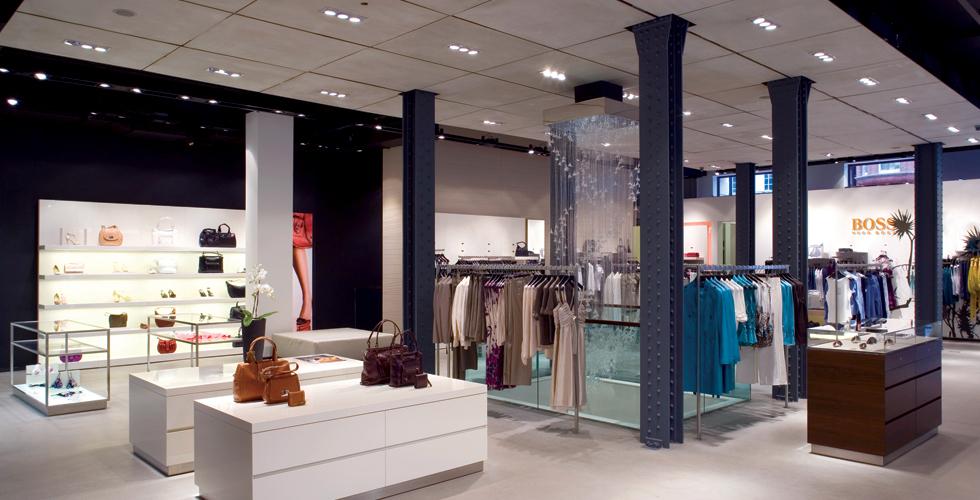 Hugo Boss Flagship Store, Sloane Square London Due to both our high level of experience with Listed Buildings in the Sloane Square area, and successful feasibility studies, Lewis & Hickey were appointed as Architect and Project Manager for the scheme. The project involved the linking of Units 35-38 Sloane Square at both ground and basement levels and the evolution and implementation of a Hugo Boss designed concept. The challenges were many, particularly basement working in close proximity to the London Underground system, and the need to provide minimum disturbance to the prestigious residential properties above the retail space. All members of the team worked cohesively to deliver a crisp and refreshing scheme that exploits the natural beauty of the building while sensitively introducing new vibrant elements. The successful realisation of this unique concept has resulted in its steady patronage by the discerning Sloane Square clientele. Hugo Boss Sloane Square received BCSC ‘Shop of the Year’ Award. 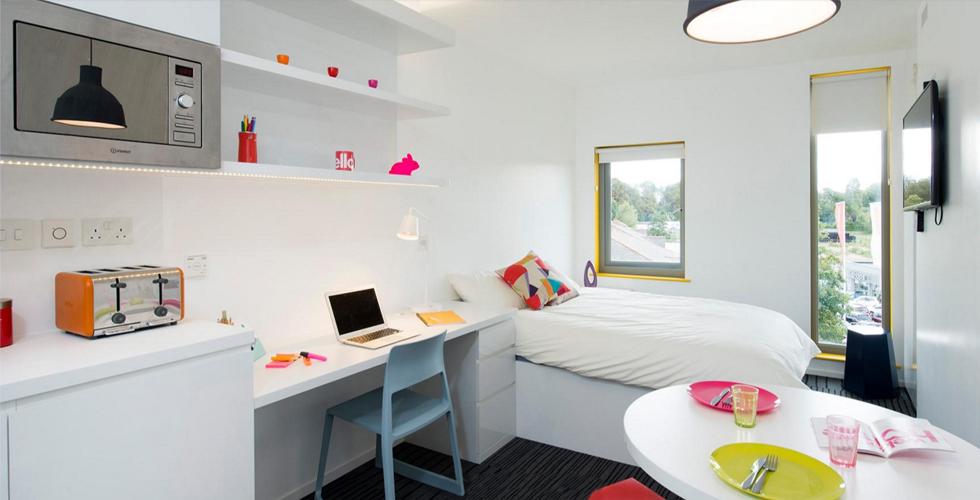 Scape Student Living, Guilford, Surrey The proposal has relieved pressure on housing within the Borough as a number of students (170 beds) will be accommodated within the development. These students no longer require private housing within or near the Town Centre, which will free up the supply for potential residents of Guildford. The initial design of the scheme has been considered in relation to the context of the surrounding area to ensure it is relative to the existing built form. Due to the historic architecture and landmarks within Guildford, in particular the Cathedral, due consideration has been given to viewpoints within the surrounding area during the design process of the development. The layout of the building incorporates a courtyard space which provides aspect over amenity space; this design not only contributes towards sustainable development environmentally, it also provides a more pleasant living space, whilst increasing safety and security through natural surveillance for the students. The development is a great success and is fully booked with students at a premium rent.

In practice for over 125 years and operating from five offices in the UK and one in India, we provide a professional service for diverse clientele across a broad spectrum of business in both the public and private sectors.

Our approach is simple – to design stimulating buildings that are sustainable and relevant to the people inhabiting them, whilst providing our clients with a credible balance between design aspiration, commercial affordability and successful brand experiences. We devote our skills, experience, creativity and vision to realise our client’s aspirations, servicing projects on time, within budget and to the very highest technical standards.

The mixture of our ingenuity, versatility and practical approach to addressing your needs is why we continue to retain a successful presence in the market and it is these key attributes that set us apart.